ANA or Augusta? Answer isn't so simple for some amateurs

Home ANA or Augusta? Answer isn't so simple for some amateurs 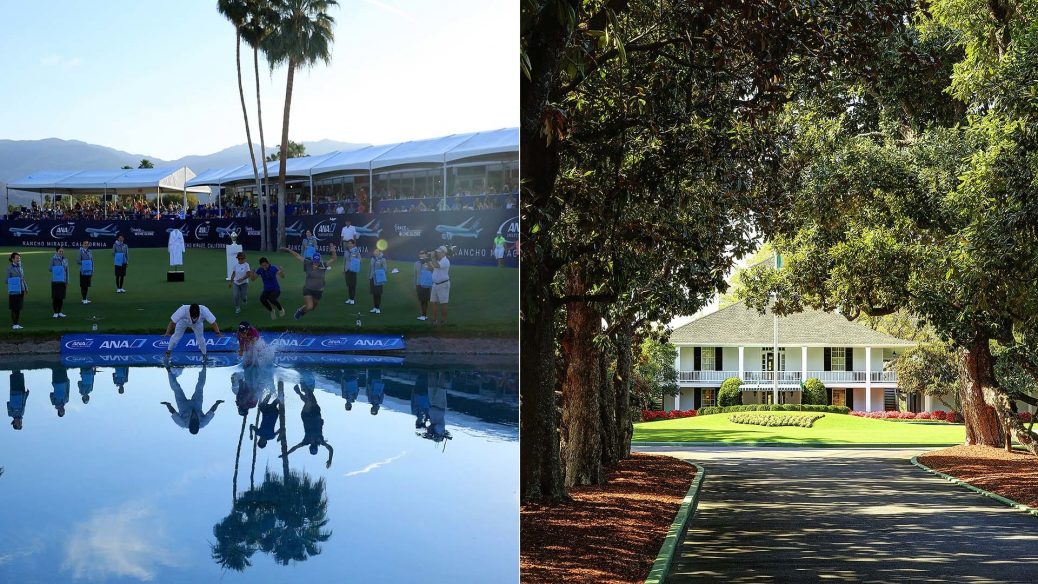 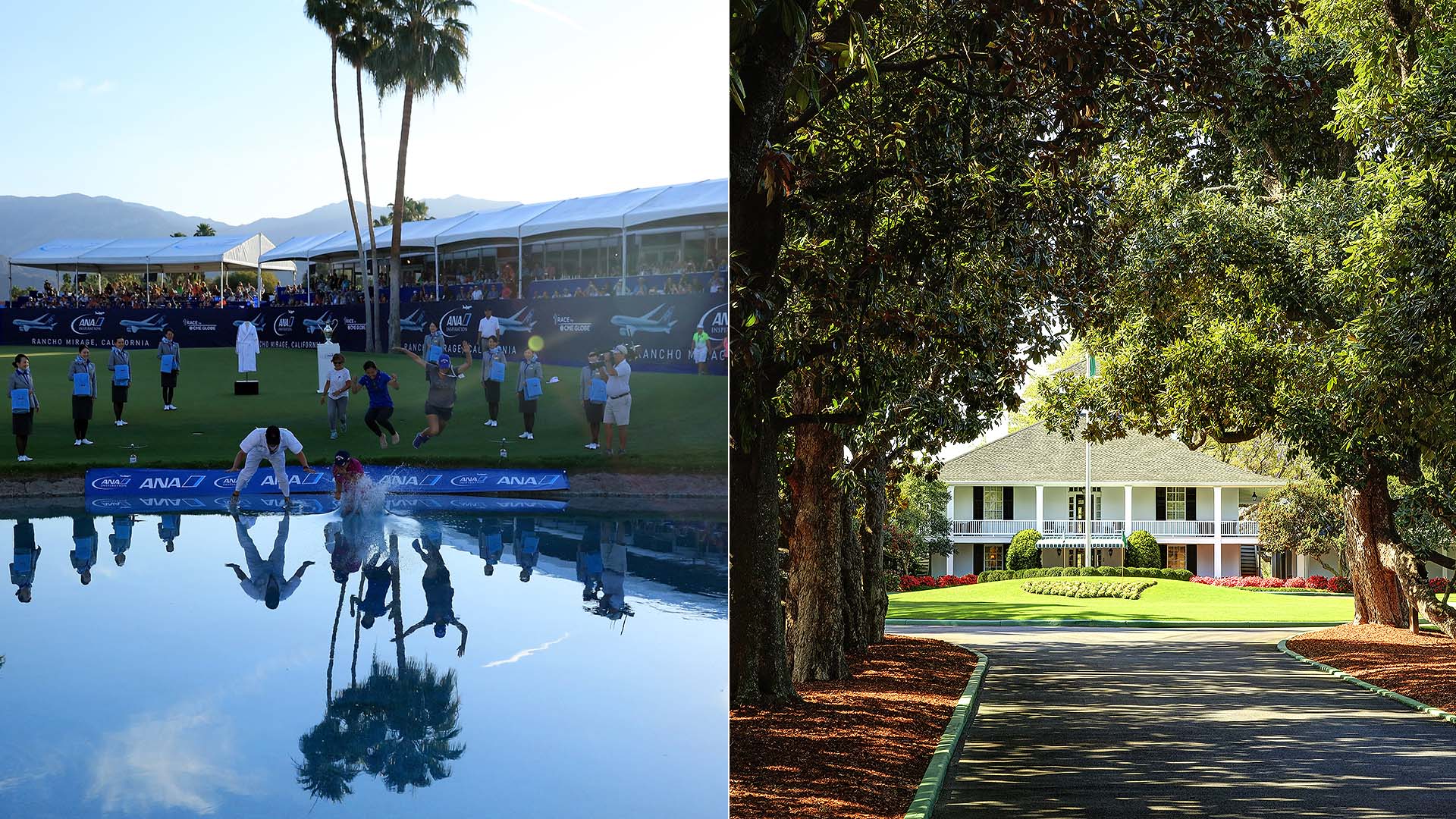 RANCHO MIRAGE, Calif. – So what is a top female amateur to do?

Or play alongside childhood idols at the ANA Inspiration in the first major championship of the year?

Even ANA Inspiration tournament director Chris Garrett feared the worst when he learned that his event would be going up against the iconic Augusta National Golf Club. He feared the demise of the amateur tradition ANA worked so hard to build.

Garrett is delighted it didn’t turn out that way.

The ANA attracted a strong contingent, with three of the top five players in the Women’s World Amateur Rankings accepting invites, and with four of the top 11 accepting.

“I feel like we have a really strong amateur field,” Garrett said. “Most importantly, they really want to be here.”

The ANA week is about more than its five amateur invites. The ANA Junior Inspiration is played the week before the women’s first major, with LPGA legends occupying an important role in the event. LPGA legends play alongside juniors in the final round and also attend the ANA Junior Dinner. There’s a mentorship philosophy woven into the entire amateur element of the ANA.

Garrett is encouraged that maybe the ANA Inspiration won’t have to move off its date. Maybe it can coexist with the Augusta National Women’s Amateur in a week that will be a celebration of women’s golf, as good for the pros as it is for the amateurs. He said that’s still up in the air, with what’s best for LPGA pros ultimately determining that.

LPGA commissioner Mike Whan told GolfChannel.com Tuesday that his team will huddle with Garrett and ANA officials after this week’s event, to evaluate whether they can co-exist in future years in the same week as the Augusta National Women’s Amateur.

“We are going to take a look about 30 days after,” Whan said. “We figured let’s just play one and not get wigged out about it.

“The reality is the course is perfect now. The weather is great. The options are either to play two weeks earlier than this, or two weeks later.”

The LPGA is more confident now that the amateur tradition can co-exist the same week as the ANWA. The evaluation will seek to determine how well LPGA pros did going up against a week of media coverage also focused on the women at Augusta National.

“I think there’s the potential the media coverage will end up being dramatically greater this week,” Whan said. “Everyone has their reporters talking about women’s golf. When’s the last time we can say that? Even when we play the U.S. Women’s Open, I’m not sure that happens.”

This week proves there are plenty of strong amateurs to support both events.

The ANA Inspiration is welcoming world No. 2 amateur Patty Tavatanakit of Thailand, No. 4 Frida Kinhult of Sweden, No. 5 Albane Valenzuela of Switzerland and No. 11 Rachel Heck of Memphis, Tenn.

A fifth amateur, China’s Cindy Kou claimed a spot in the field as the 15-year-old winner of the ANA Junior Inspiration last week.

“The ones that are playing here, I’m really proud of them,” Lewis said. “If you want to play professional golf, you need to play in majors, and you need to see where your game stacks up, and have that experience of playing in front of those big crowds and what the week is like.

“I just think if your goal is to play on this level one day, why wouldn’t you come play here?”

Lewis would like to see the ANA Inspiration and Augusta National Women’s Am played in different weeks, but she’s holding out on the long chance Augusta National would agree to move its amateur dates.

“I think it’s unfortunate, really, that [amateurs] have to make that choice,” Lewis said. “They shouldn’t have to. I would love to see the Augusta National Women’s Amateur played at a different time of year, one, for the girls and their college schedules, and, two, that maybe they could get a full tournament on Augusta National.”

If these events are eventually played on different weeks, the move likely comes out of the evaluation Whan makes in a month.

Either way, amateurs are reveling in the high profile they’re getting this week.

Tavatanakit, a sophomore at UCLA, said it was a tough choosing the ANA, with her invitations both coming a day apart, but . . .

“It’s my dream to be out here on the LPGA tour,” she said. “So, I think it’s better preparation for my long-term goal. But it was really hard to turn down an opportunity to play at Augusta National, really hard.

“All my friends are playing at Augusta. I go through their Instagram timelines, and all I see are their cool nametags and their green yardage books. If it wasn’t the same week, I’d really like to be playing both.”

Valenzuela, a junior at Stanford, will be playing the ANA for her third time. She made the cut and tied for 59th here last year. She said her first invite in 2016 was critical to her earning her way on to the Swiss Olympic team that year.

“It was a turning point in my career, because it allowed me to get into the Olympics,” she said. “I have a piece of my heart here. I just love this tournament. I think that’s why I really wanted to come back, and it’s a little bit of loyalty. They’ve been so good to me.”

Valenzuela also got an invite to the ANA Inspiration in 2017 but a terrible bike accident prevented her from playing. A hospitalization for a concussion, contusions and broken teeth kept her out, but the ANA invited her back again last year.

Heck, 17, said a third chance to play with LPGA pros was the factor leading her to choose the ANA invite over the Augusta National Women’s Amateur invite. She has previously played in the 2017 U.S. Women’s Open and 2018 Evian Championship.

“I’ve grown up my whole life dreaming of doing this. To actually have the opportunity to play alongside players I’ve watched since I was little, I couldn’t pass that up.”