Entering this week’s AT&T Pebble Beach Pro-Am, only three golfers in the last 25 years had hit all 18 greens in regulation in a tournament round at famed Pebble Beach Golf Links. Make it four.

Akshay Bhatia, a 19-year-old who hails from North Carolina and is playing this week on a sponsor exemption, became the first to do so since Ryan Palmer in 2008 en route to shooting a bogey-free 8-under 64 in the opening round and in a tie for third with Norway’s Henrik Norlander, two strokes behind leader Patrick Cantlay, who tied the course record of 62.

Bhatia, who started on the back nine and switched from an arm-lock length putter to a shorter model this week, opened with three birdies before exploding for five birdies in his final eight holes, including sticking his second shot at the difficult par-4 eighth hole to inside 3 feet.

“I was peeling an orange and it was so bad that I was just thinking about the orange and my caddie goes, ‘OK, we got 207.’ I said, ‘OK, I got to go.’ And I don’t know, just kind of hit-and-see kind of thing,” he said. “It was a great birdie to steal there and just pretty happy with that.”

Players since 1985 who have hit every green in a round at Pebble Beach:

It marked his lowest score in 26 PGA Tour rounds as a professional, and the 10th time in his 11 Tour starts that he’s broken par in the opening round since turning pro. Bhatia shot a pair of 66s in September at the Safeway Open, where the teen sensation finished in a tie for ninth and cashed a check for $166,650.

“It’s indescribable, honestly,” he said of playing on the PGA Tour at such a young age. “I’ve just learned a lot how to get beaten up and when your highs are highs it’s really good out here and it’s good enough to compete out here, so take it day by day.”

Bhatia was a top-ranked junior and highly-touted amateur, who represented the U.S. in the 2019 Walker Cup. Bhatia still remembers the feeling when he won the Tarheel Junior Tour boys 11-and-under title at Hyland Golf Club to earn his first trophy. He’s won so many golf trophies since then that they are displayed in not one, but two rooms at his parent’s home in Wake Forest, North Carolina. In August, he hoisted his latest at a mini-tour event on the Swing Thought Tour. Just how many trophies has Bhatia collected?

“Honestly, I don’t even know,” Bhatia told Golfweek at his previous start at the American Express. “Probably close to 100.”

Bhatia took the road less taken among golf’s elite junior players and elected to skip college and turn pro as soon as he turned 18 in January. But Bhatia’s not just any young golfer. 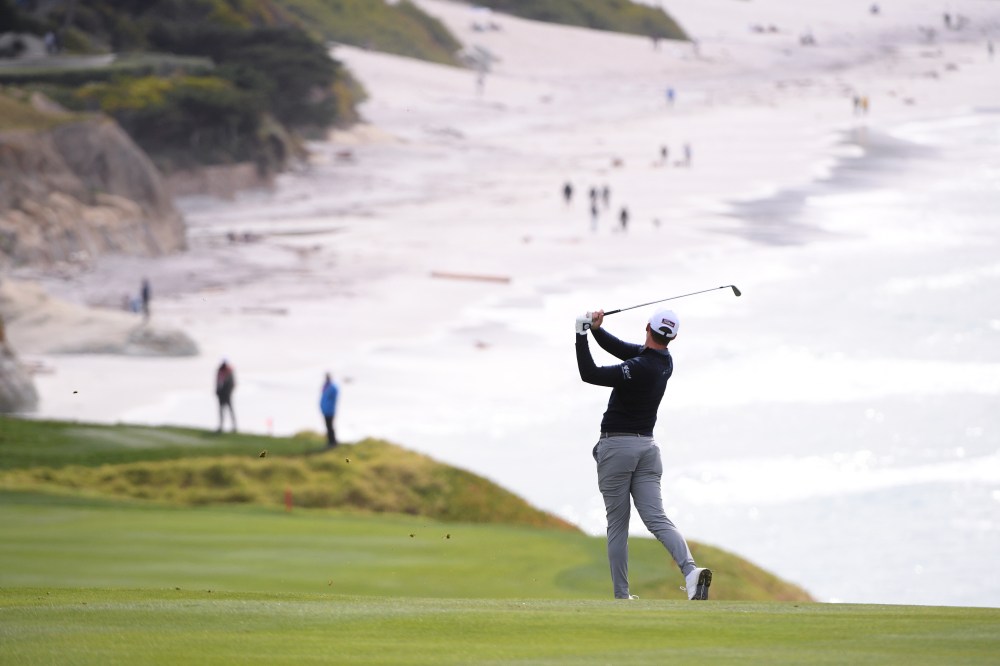 “I would’ve been more surprised if he had wanted to go to college rather than turn pro,” said one of Bhatia’s swing instructors, Chase Duncan.

Bhatia has experienced more valleys than peaks in his limited time as a professional, but he said the quarantine really proved to be a turning point for him.

“I was able to calm down and relax and get a good game plan and once we started back up just playing mini tour, playing Mondays, and just grinding it out,” he said. “I just gained a lot of confidence playing mini-tour events. I won my first one and that was a huge stepping stone for me. Then I made my first cut, finished top-10, which was great. Just doing that over the course of a year was really big for me and I just know that I’m progressing every single time I’m teeing it up.”

Count Phil Mickelson among those who have witnessed the strides Bhatia has made. He’s served as a mentor figure of sorts and taken Bhatia under his wing. Last month, they played a practice round together at the American Express and Bhatia dipped into Mickelson’s money clip, beating him soundly in their match. On the final hole, Mickelson told Bhatia that his game was “light year’s better” than the previous year.

Bhatia played at Pebble Beach two years ago and fell hard for the Monterey Peninsula and the famed links hard along the Pacific Ocean.

“The views actually really help me,” Bhatia said. “Because I can look out at the ocean and my mind goes blank. It’s just beautiful.”