That’s what Brooks Koepka expects to do this week in the CJ Cup at Shadow Creek despite playing for the first time in two months and having not won since the summer of 2019. The four-time major winner and former world No. 1 – who has dropped to No. 11 – is actually returning to the game after an extended break for the third time this year as he’s battled knee and hip injuries and settled at home for 13 weeks due to the COVID-19 induced break in the season.

“I’ve got my body squared away, feels a lot better. I didn’t know how bad I felt until I actually feel good. It’s nice to be back,” Koepka said Tuesday at Shadow Creek Golf Course ahead of Thursday’s start of the CJ Cup, which has been relocated from South Korea due to COVID-19.

In September of 2019, Koepka underwent a stem-cell procedure on his left knee to repair a partially torn patella tendon. Less than two months later, however, he slipped on wet concrete in the CJ Cup in South Korea and re-tore the ligament, which forced him to take three months off.

The injury, however, led to other ailments, specifically with his left hip. In the PGA Championship in August, Koepka partially tore his labrum in his left hip. He contended before tying for 29th, then missed the cut the following week in the Wyndham Championship.

He’s been rehabbing ever since.

“A million times better,” he said about his health compared to earlier this year. “I really had no idea how bad I felt through the whole year. Obviously Memorial was kind of its peak of when it was its worst, and then at the PGA it didn’t feel great.

“I did another round of (platelet rich plasma therapy) about three weeks ago on my knee and then I had a shot in my hip at Boston.”

That would be a cortisone shot as he withdrew from the Northern Trust. Koepka missed the FedEx Cup Playoffs and the U.S. Open.

“Everybody just said rest was the best thing, so that’s why I pulled out (of the Northern Trust). I haven’t felt a thing since,” he said. “If cortisone doesn’t work and it actually gets worse, it will be surgery and you’re out for nine months.

“But everything feels good. We’re doing all of the strengthening in all of the right places. It’s the best I’ve truly felt in so long, I didn’t realize last year how limited I was from swinging. I really do feel great right now.”

Those limitations, he said, were the reason he played “like crap.” But there no longer are any limitations and Koepka is ready to become Koepka again. He started hitting golf balls 10 days ago and said everything is A-OK.

“I know physically I’ll be able to play four rounds, walk four rounds and have no issue with it,” said Koepka, 30, who has seven PGA Tour titles. “From there, it’s just go out and win. It’s just nice to get back to what I’m supposed to do, my job.

Revisiting Shadow Creek: Remember when Tiger Woods and Phil Mickelson squared off in The Match? 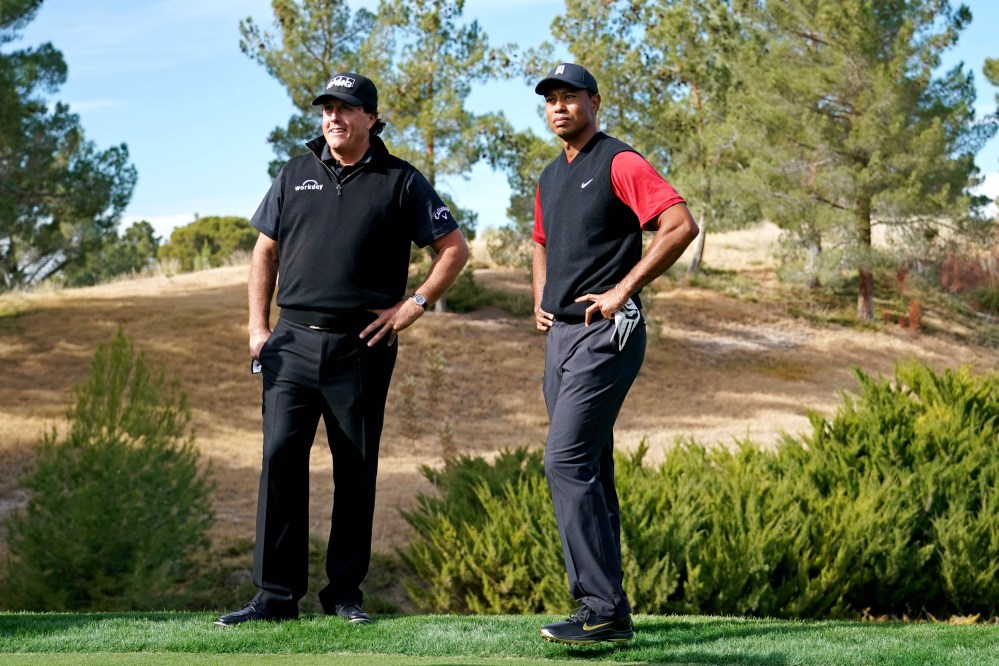