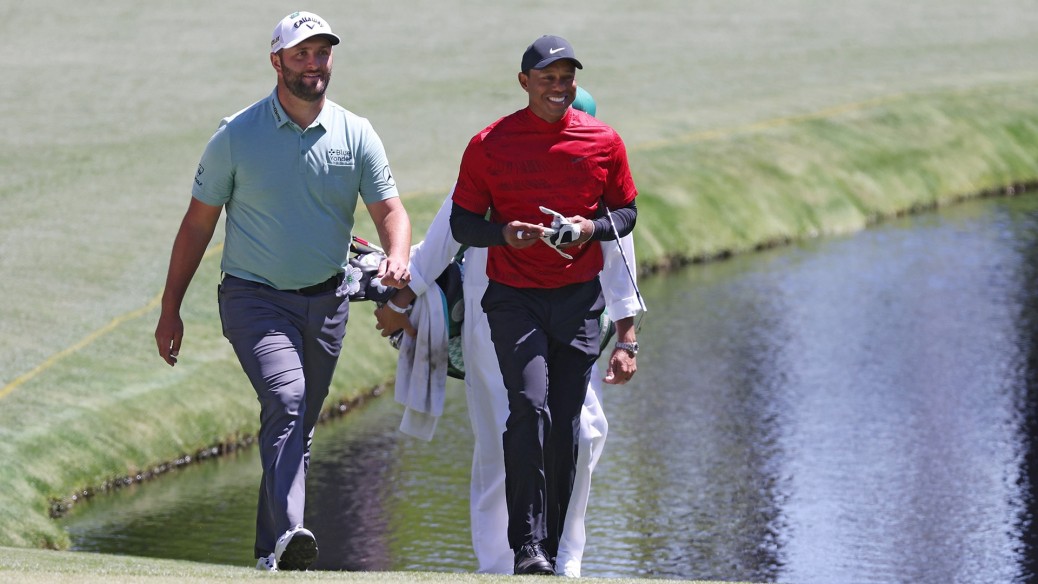 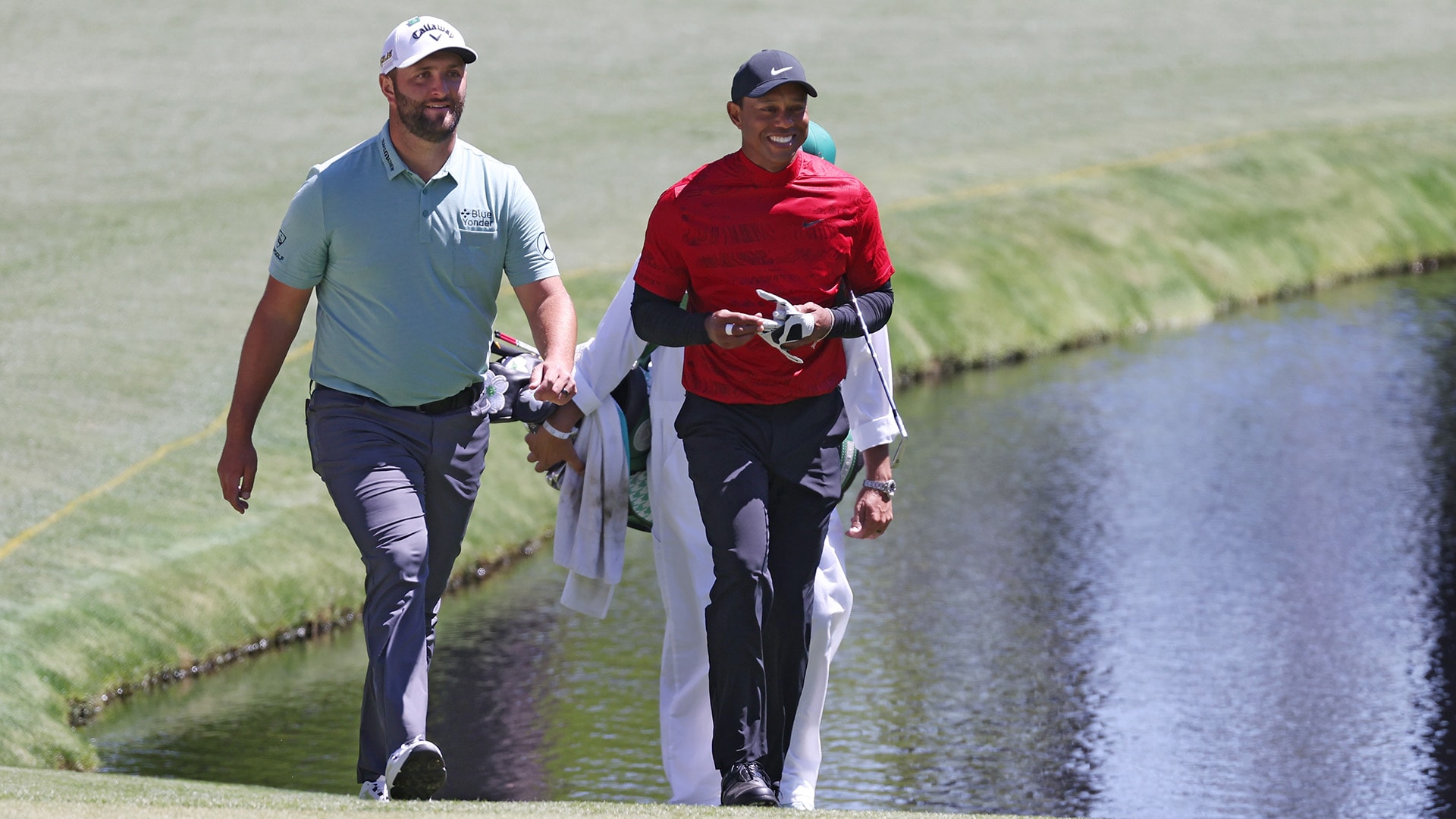 In this week’s edition Jon Rahm finds some much-needed form in Mexico, Tiger Woods keeps us guessing and Phil Mickelson remains undecided on his future with either the PGA Tour or LIV Golf.

A reset. Since getting off to a decent start to 2022 with a runner-up finish at the Sentry Tournament of Champions and a tie for third at Torrey Pines, Jon Rahm hasn’t exactly looked like Jon Rahm.

He finished with rounds of 74 on the weekend at Bay Hill, tied for 55th at The Players, his worse finish on the PGA Tour since last May, and was never in the conversation at the Masters.

Along the way he also lost the top ranking in the world and momentum heading into the busy part of the major championship season, but rounds like Thursday at the Mexico Open are why he will remain one of the game’s most explosive players.

Getting back in the hunt is a good step. Playing bogey-free golf is encouraging. But picking up shots on the greens (he was plus 1.48 shots in strokes gained: putting on Day 1) is all the reason needed for optimism.

Tiger watch. In the exceedingly small sample size of Tiger Woods’ most recent comeback, a site visit is the closest thing to a guarantee we’re going to get from the 15-time major champion.

Woods flew to Tulsa, Okla., Thursday for a practice round at Southern Hills ahead of next month’s PGA Championship. He made a similar trip to Augusta National before playing the Masters, his first official round on the Tour in more than 18 months.

‘This trip was all business’; Tiger plays Southern Hills ahead of PGA Championship

There was no official word from Woods’ camp, but barring any setbacks he seems poised to play Southern Hills, where he won the 2007 PGA Championship. He’s also registered to play the U.S. Open and committed to play the Open Championship in July, which for Tiger is probably as close to a full schedule as he’s ever going to get.

Made Cut-Did Not Finish (MDF)

Indecisiveness. Whatever limbo Phil Mickelson finds himself, either mandated by the PGA Tour or his own competitive clock, it’s time to make a choice.

Last week Mickelson signed up to play both the U.S. Open and next month’s PGA Championship, where he’s the defending champion, and his manager also announced Lefty had requested a conflicting event release to play the first LIV Golf Invitational Series event in London. All of this is noteworthy because it was the Tour and LIV Golf that Lefty roasted in an interview late last year with the Fire Pit Collective that began his unraveling.

Shortly after Mickelson’s “reckless” comments were published, he announced he was stepping away from the game in a release filled with mixed messages: “Golf desperately needs change and real change is always preceded by disruption,” he wrote.

After the curious choice to pick a fight with both the Tour and LIV Golf it appears Mickelson still doesn’t know which side he wants to land on.

Stitches are out today. Hand is feeling better day by day. Excited to be able to hit golf balls again when the time is right. ⛳️

DeChambeau had surgery on his hamate bone in his left hand earlier this month, which according to multiple Tour trainers is a 10 to 12-week recovery. Let’s hope the right time is when his body is finally right.

The Great White Enigma. Earlier this year Rory McIlroy took what had largely been a business conversation about LIV Golf and made it personal: “I don’t think they put the right leadership team in from the start,” he said.

As the CEO of LIV Golf, Greg Norman has been a curious figure throughout this process as the missteps have added up. LIV Golf’s original idea of an 18-event schedule and Formula 1-type teams has been scaled down to an eight-event invitational series that begins in June.

Even this trimmed down version has some curious elements to it. After the first event in London, the next four tournaments are set to be played in the United States, a move that will directly challenge a Tour regulation banning conflicting event releases for events played in North America.

It might be that tipping point and the legal battle that is sure to follow that Norman is hoping for, but with the Great White Enigma it always feels like there’s a fine line between strategy and stumbling.

It began on Twitter, as most things do these days, when Grayson Murray had a go at Kevin Na (he plays slow) via a quote tweet and Na shot back at Murray (he plays poorly).

This week at the Mexico Open the two revisited the dispute. Murray told The Stripe Show Podcast that Na called him out in a profanity-laced challenge.

“I went right up to his face and held my ground, and I told him, if I wasn’t going to get suspended right now I’d drop his a– right there on the range,” Murray told the podcast.

Na later told Golf Channel’s Todd Lewis, “That’s not exactly how it went down, but I’m over it and I’m moving on.”

Couple things: 1) you’re grown men, act like it. 2) you’re professional golfers, leave the rough stuff to the NHL, MLB and NFL. And 3) It’s Twitter, if violence is your reaction to 280 characters, then you’re exactly the type of person that shouldn’t be on Twitter.