In the aftermath of the police murder of George Floyd earlier this summer, PGA Tour golfers — including Justin Thomas and Brooks Koepka — joined many other athletes in Blackout Tuesday, posting a solid black image to social media with the caption “Black Lives Matter” as a protest against systemic racial injustice. It was a widespread action that offered safety in numbers for those golfers who chose to participate, but even that modest gesture was predictably denounced by racist clods who permit no effort against inequality to go unstoned.

It’s an altogether different test of character for a professional golfer to step into that fray alone.

There remains a stubborn stereotype that PGA Tour pros are all about god, guns and the GOP. It’s a dated image that, while certainly accurate for some, is woefully inadequate for the whole. The modern Tour is a traveling circus of folks from different backgrounds with disparate realities, which might explain why the two most admirable stands taken against racial injustice have come from a soft-spoken, 25-year-old African American and a 58-year-old white veteran on the senior circuit.

Cameron Champ’s protest came at the BMW Championship in the wake of yet another police shooting, this one of Jacob Blake in Kenosha, Wis., 90 minutes north of Olympia Fields Country Club. Champ wore one white shoe and one black, on which he had written “Black Lives Matter” along with the names of Blake and Breonna Taylor, who was killed by police in Kentucky in March. 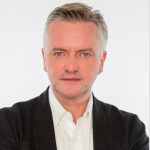 “Until equality in our country means everyone is treated with the same level of dignity and respect and afforded the same level of opportunity, freedom and justice in all things as human beings, we will never be able to truly live up to our ideals or reach our full potential as a nation,” he wrote later on social media.

That sentiment used to be uncontroversial, but social media is hostage to trolls who traffic in ‘whataboutery’ and to unabashed crypto-fascists. A panzer unit of commenters wiped the drool from their chins and demanded to know whether players can scrawl “All Lives Matter” on their shoes, why blacks can’t stop resisting arrest, and if Champ has been bought like chattel by Nike, with a side of despicable references to his mother.

Even leaving aside the naked bigotry, it was a tsunami of false equivalencies in which willful ignorance could masquerade as a legitimate difference of opinion. 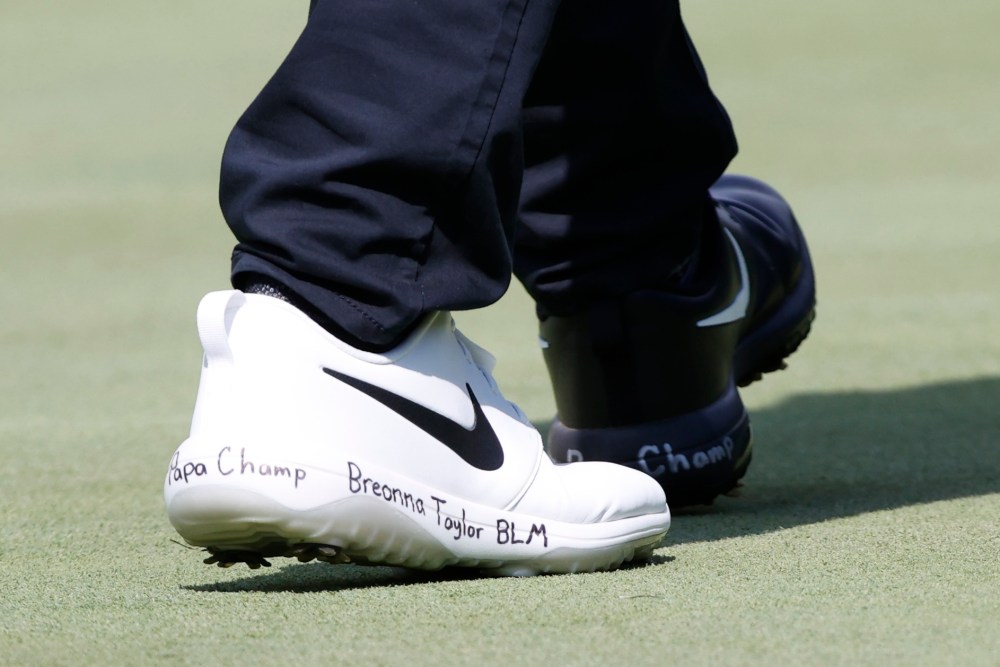 As a young man of African American heritage, Champ knows what demographic is most at risk from trigger-happy cops, and that affluence or trophies don’t matter if an officer tends to save the benefit of his doubt for those who look more like guys you’d expect to find in a Tour locker room. Kirk Triplett, however, is decidedly not in that demographic.

Triplett and his wife, Cathi, have four children, two of whom are adopted minorities. His youngest son, 18-year-old Kobe, is black. Racial injustice is an issue his family discusses often, which is why he arrived at the Senior Players Championship earlier this month with a “Black Lives Matter” sticker on his golf bag. 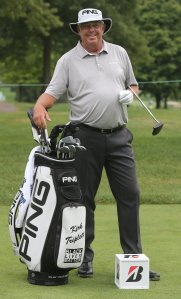 “I don’t think things are going to get accomplished until the circles that I travel in really understand it better,” he explained. “Sometimes it’s too easy to really not even think about it. I guess that’s why I put it on there.”

The circles in which Triplett travels—notably the PGA Tour Champions—don’t lack folks who peddle right-wing conspiracy theories and Fox News Channel pablum as gospel. But a man like Triplett, a respected Tour pro for more than three decades, is very much one of their own and can’t be glibly dismissed as a radical Marxist bent on overthrowing law, order and the capitalist way. His words carry weight.

Like Champ, Triplett drew his share of public support for his position. But he was also branded a supporter of thugs, looting, and domestic terrorism, drivel that was layered with sub-literate ramblings about communism, abortion and George Soros. What this cohort lacks in originality, it compensates for in fetid stupidity.

As Champ took his stand this week, the PGA Tour did what one might expect of a risk-averse organization with an eye trained on a movement roiling the sports world. Its Thursday statement expressing support for racial inclusion and opposition to injustice served a dual purpose: it gave explicit support to players who want to protest and provided implicit air cover for those who don’t, but who are nevertheless keen not to appear unconcerned.

It’s to the credit of Champ and Triplett that they were not cowed by mob calls to shut up and putt. If you believe those old stereotypes about Tour pros and their attitudes, there wouldn’t seem to be much in common between a young African American pro beginning his career and an older white man winding his down. Yet both committed to otherwise simple gestures that, in an acutely polarized environment, amounted to acts of courage. It is their contributions to this painful national conversation that will be remembered.

Eamon Lynch is a columnist for Golfweek and a contributor to the Golf Channel. Follow him on Twitter: @eamonlynch