Mention golf in Alabama, and most players’ minds go directly to the Robert Trent Jones Golf Trail. That’s completely understandable, as eight of the top 10 public-access courses in the Heart of Dixie are part of that famed collection.

Those courses, owned by Retirement Systems of Alabama, deserve much of the attention. But to focus on those eight only – or even the 26 courses with 468 holes that comprise the entirety of the Trail across the state – would be to miss the top-ranked public-access course in Alabama.

That would be FarmLinks at Pursell Farms, a privately owned 18-hole layout in Sylacauga, about an hour’s drive southeast of Birmingham.

Golfweek ranks courses by compiling the average ratings – on a points basis of 1 to 10 – of its more than 750 raters to create several industry-leading lists of courses. That includes the popular Best Courses You Can Play list for courses that allow non-member tee times. These generally are defined as courses accessible to resort guests or regular daily-fee players.

Pursell Farms is No. 1 on that list in Alabama. Constructed as a living laboratory of sorts by Michael Hurdzan and Dana Fry in 2002, the course features many types of grasses that were included to show off the products of the Sylacauga Fertilizer Company to course superintendents from around the world. The fertilizer company was sold by the Pursell family in 2006, while the course and adjacent amenities – graceful hotel, wedding destination, restaurants, shooting range and more – have since been further developed.

The course itself, even aside from the various playing surfaces, is unlike anything else in the state. Simply put, FarmLinks plays wide – very wide, in fact, as might be expected for a destination built to show off the ability to grow grass. The most notable of its 18 holes is the 210-yard, par-3 fifth, which offers long views of surrounding countryside before plunging 172 feet off the side of a mountain to a picturesque green below.

Several other holes on the front nine take advantage of that mountainous terrain, while the most of the rest play wide through flatter landforms, offering golfers of all levels the chance to keep swinging without losing too many balls while playing over perfected turf to interesting greens and chipping surrounds. 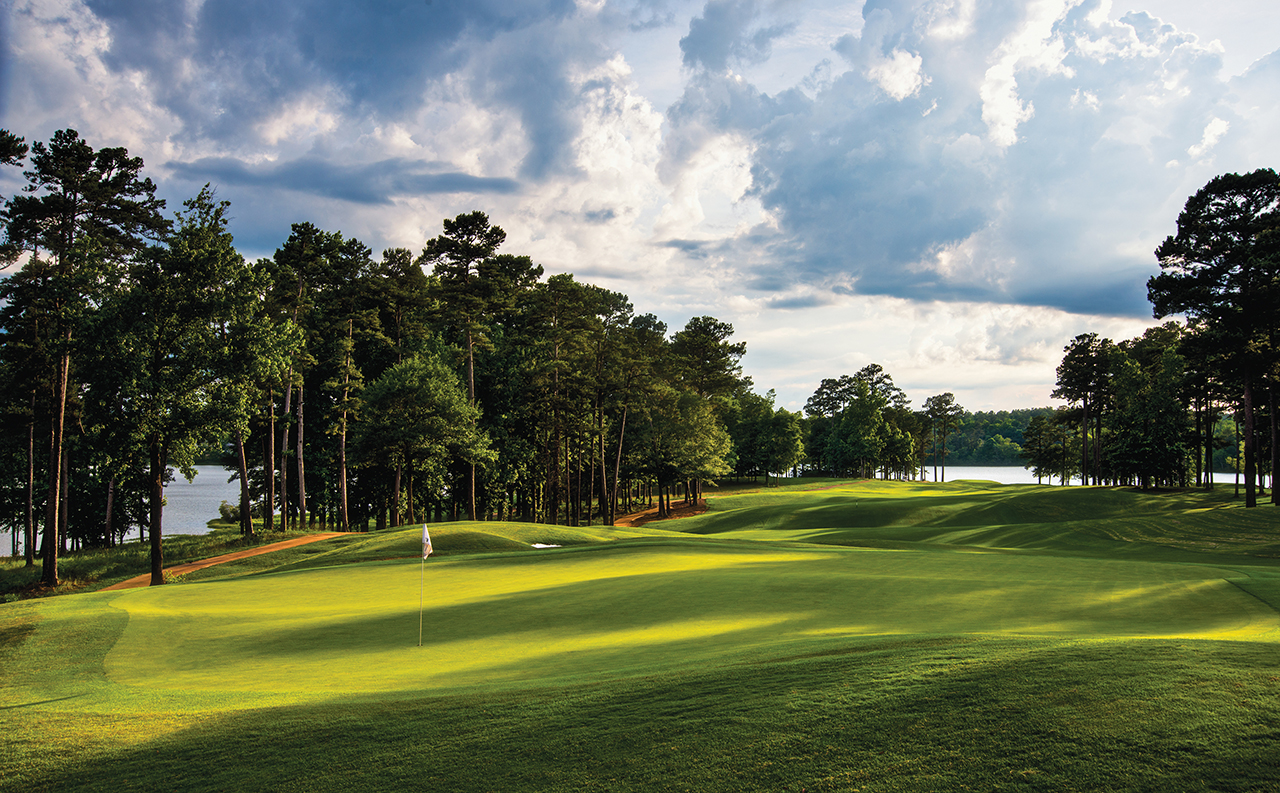 After Pursell Farms in the top spot, the rest of the state’s top five courses are part of the Robert Trent Jones Golf Trail: No. 2 Grand National’s Lake Course in Opelika, No. 3 Ross Bridge near Birmingham, No. 4 Capitol Hill’s The Judge in Prattville and No. 5 Oxmoor Valley’s Ridge Course near Birmingham.

These courses share a common designer in Robert Trent Jones Sr., as well as a common thread of general excellence – and, frequently, a back-tee length that should be avoided by anyone who doesn’t pay a Tour caddie to carry the bag. Terrain varies from course to course, but any of these four make for an incredible golf experience, especially dotted as they are with memorable par 3s.

Together, they make one of the best buddies trips in North America, stretching from Auburn across central Alabama to Montgomery and up to Birmingham. 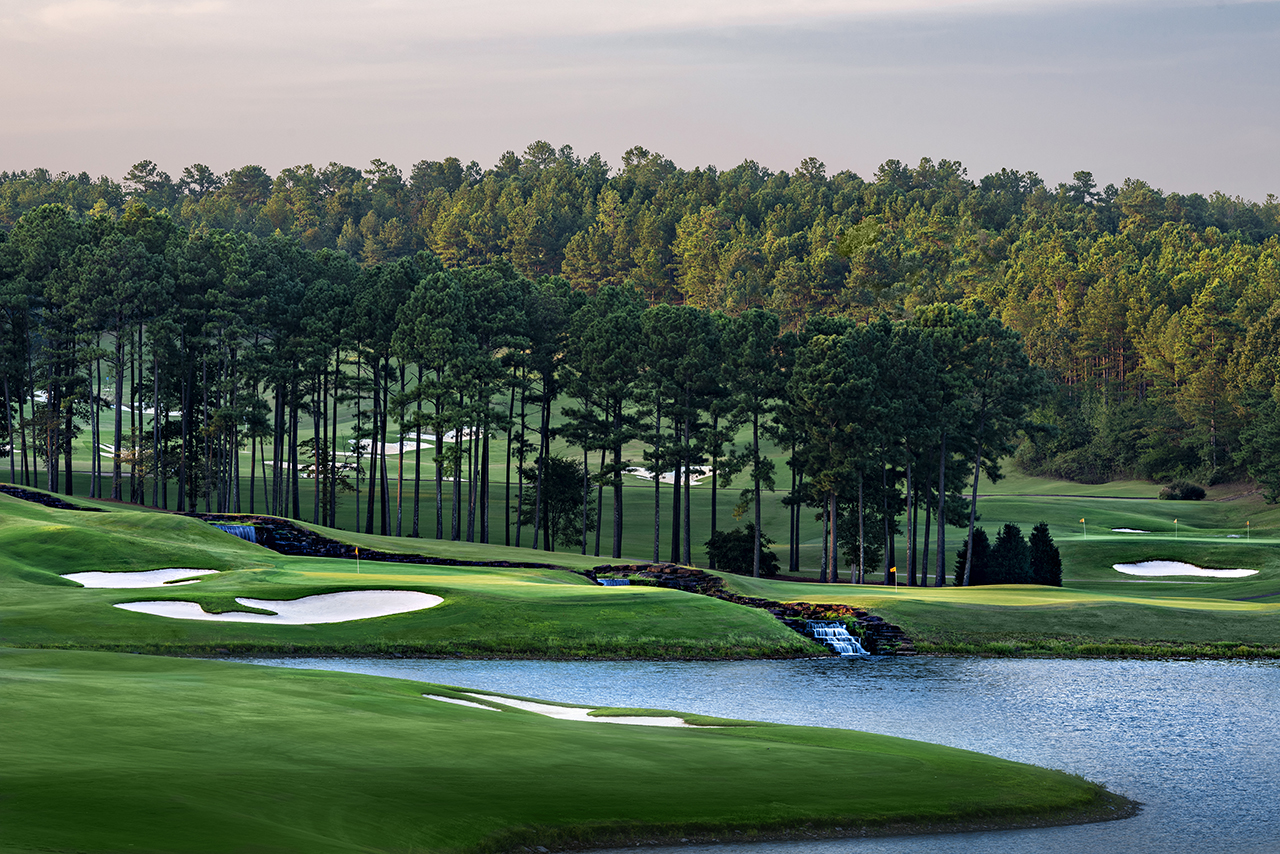 And with multiple courses at each facility – or in the case of Ross Bridge, five minutes down the road to Oxmoor Valley – there are plenty of opportunities to keep swinging for days. Add into the mix a variety of accommodations – from presidential suites to standard guest rooms to cabins and lodges – and it’s easy to focus entirely on the Trail.

Just make sure to take that side trip to see Pursell Farms.

Alabama also is home to a strong list of private clubs. No. 1 on the Golfweek’s Best Private Courses state-by-state list is Shoal Creek Club. Just southeast of Birmingham, Shoal Creek has a history of top-tier competitions – including the 1984 and 1990 PGA Championships – and ranks No. 82 among all Golfweek’s Best Modern Courses in the U.S. built in or after 1960.

No. 2 on the state’s private list is the Country Club of Birmingham’s West Course, followed by No. 3 The Ledges in Huntsville, No. 4 Turtle Point Yacht and Country Club in Killen and No. 5 Old Overton in Birmingham. 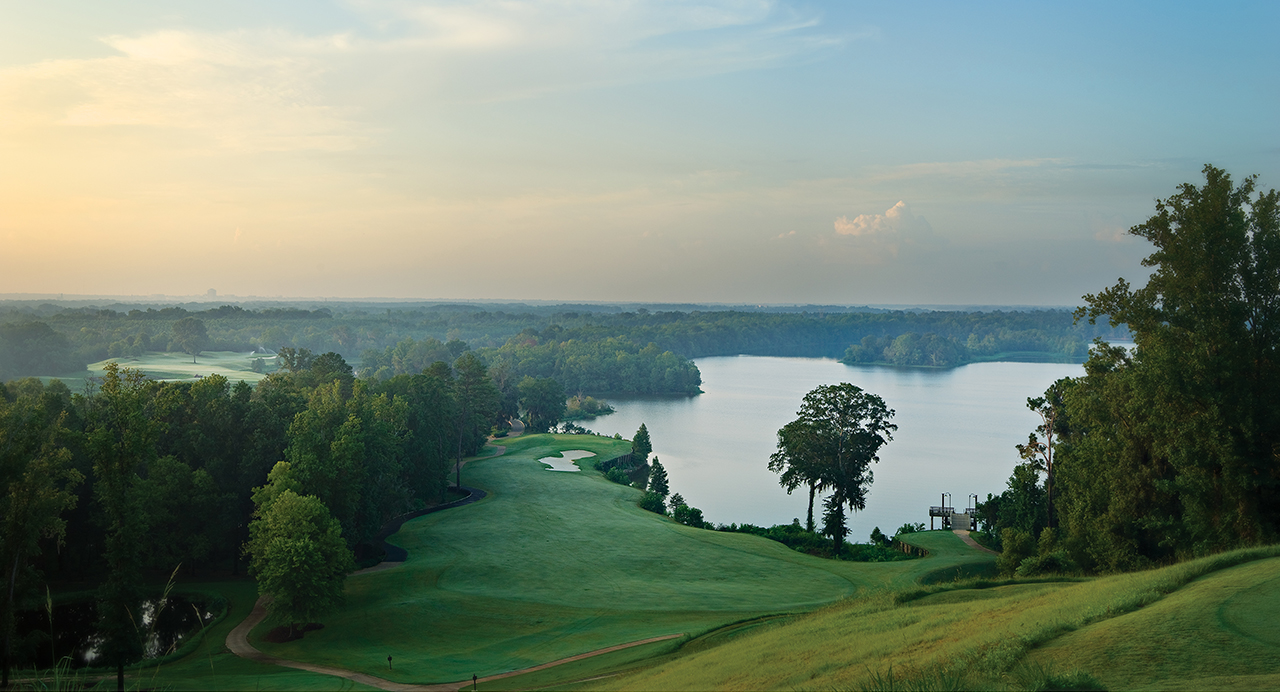 Golfweek’s Best Courses You Can Play in Alabama

How we rate them