Great Britain and Ireland races out to 3-point lead over U.S. in Curtis Cup

Home Great Britain and Ireland races out to 3-point lead over U.S. in Curtis Cup 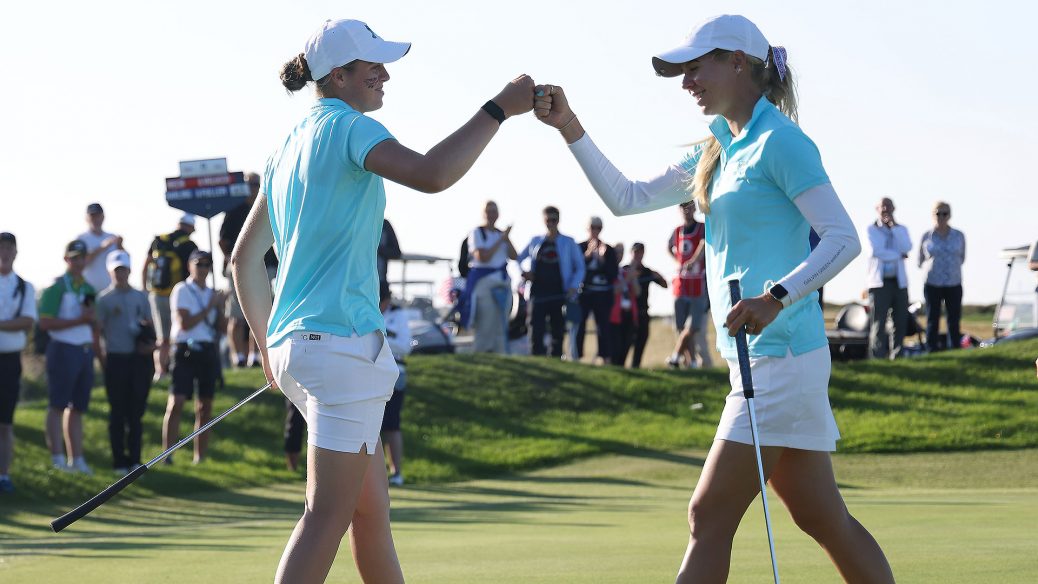 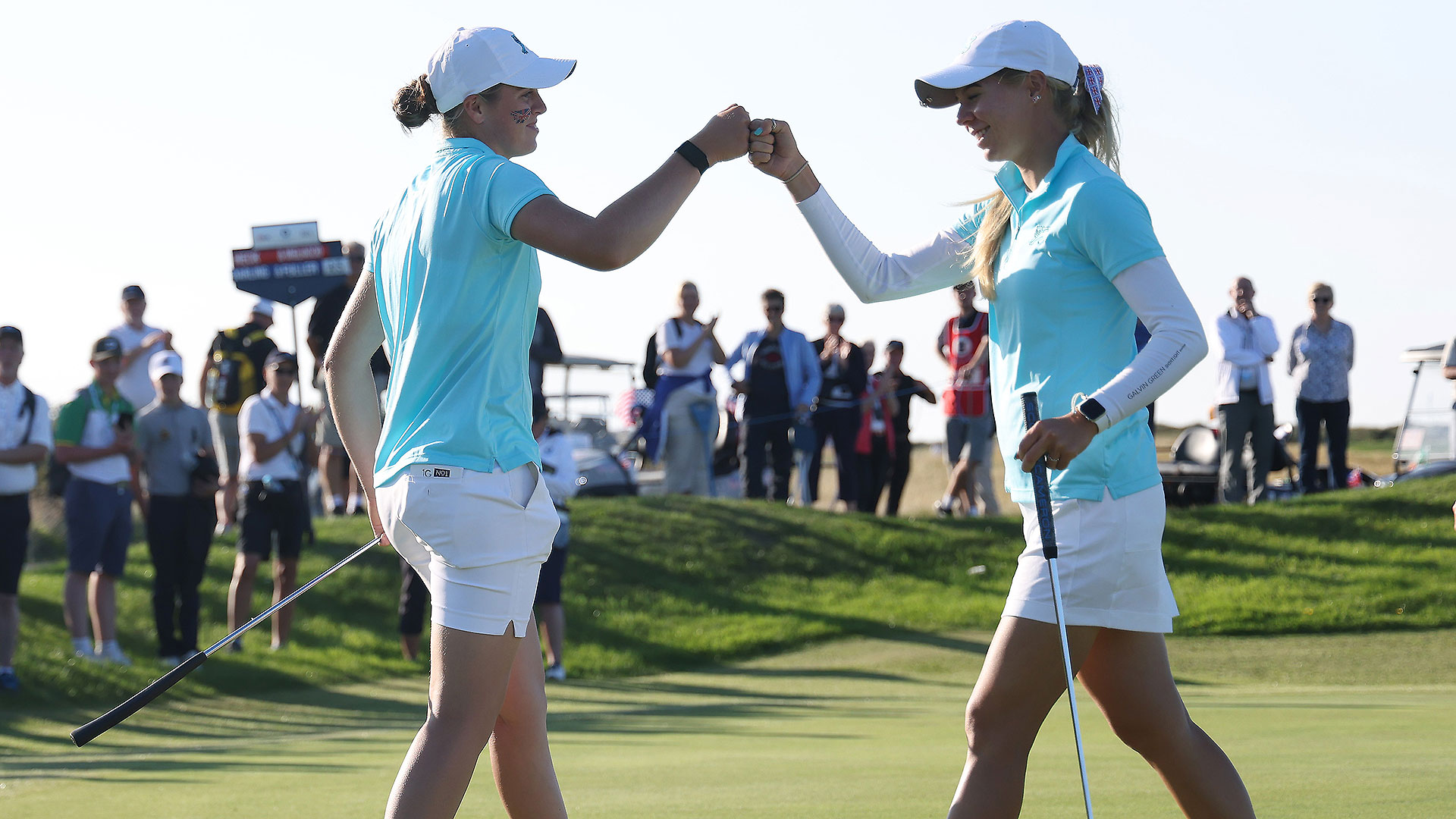 It took only four matches before Great Britain and Ireland earned more points at this Curtis Cup than at the entirety of the previous edition.

After a 17-3 drubbing in New York three years ago, GB&I won four matches and halved another on Thursday to take a 4 ½-to-1 ½ lead after the opening day at Conwy Golf Club in Wales.

The home team took two of the three morning foursomes (alternate shot) matches and nearly made it a sweep.

Match scoring from the Curtis Cup

Scots Louise Duncan and Hannah Darling were 1 up on Rose Zheng and Rachel Heck, the top two players, respectively, in the world amateur rankings. But the future Stanford teammates won the par-5 18th hole to get the U.S. a half-point.

In the afternoon fourballs (better ball), Darling and Fuller won the last to defeat Heck and Migliaccio, 1 up. Ireland’s Lauren Walsh teamed with McGinty to beat U.S. Amateur champion Jensen Castle and Duke sensation Kim, 2 and 1.

The Americans avoided the sweep again in the final match of the day, with Zhang and Allisen Corpuz edging Annabel Wilson and Toy, 1 up.

The two teams will again play three matches each of foursomes and fourballs on Friday, before contesting eight singles matches on Saturday.

This 41st Curtis Cup was postponed a year because of the COVID-19 pandemic. The Americans last won on foreign soil in 2008 at St. Andrews.