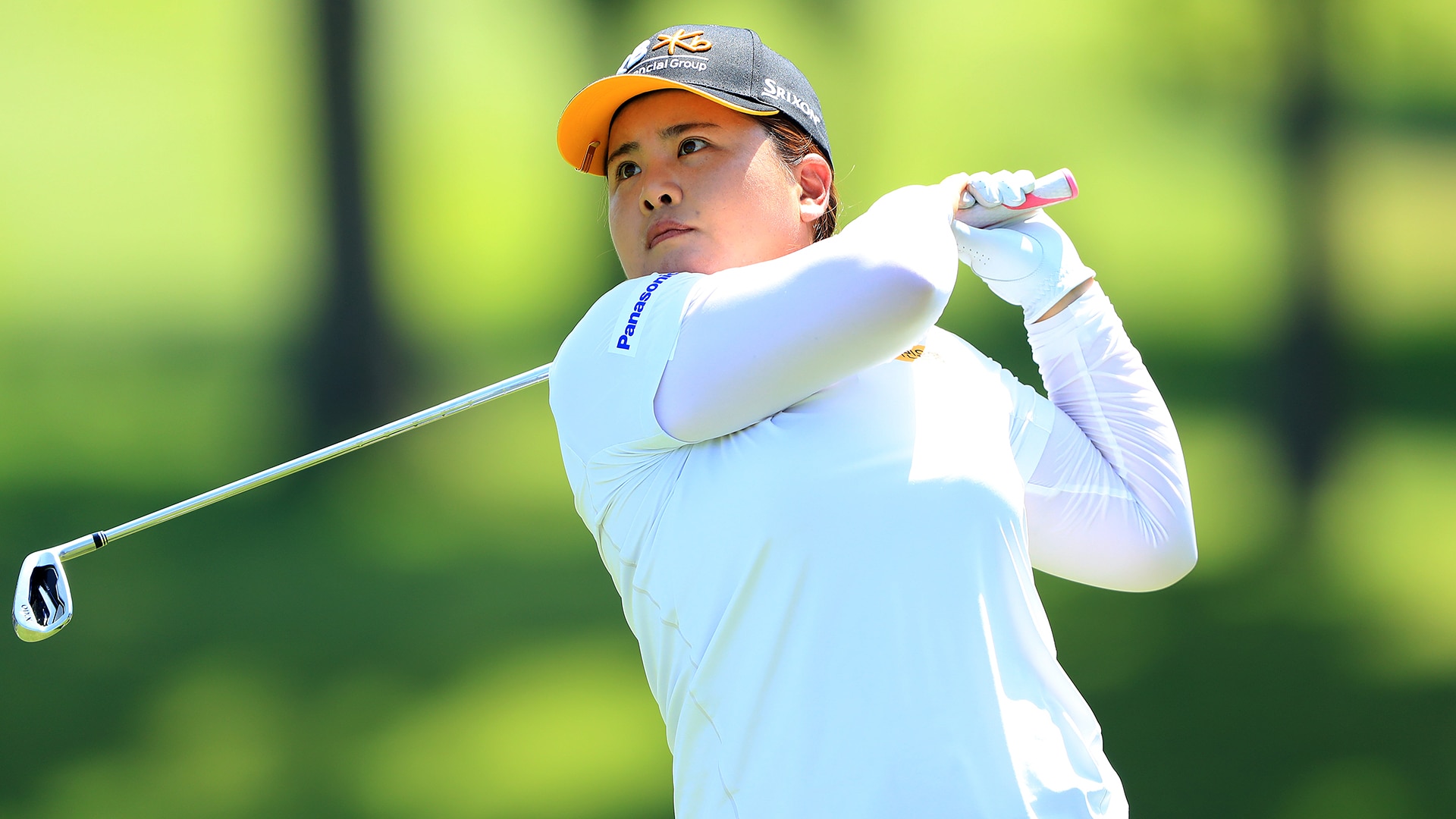 ROGERS, Ark. – Inbee Park had five straight birdies in a 9-under 62 to take the first-round lead Friday in the Walmart NW Arkansas Championship.

Seeking her 20th LPGA Tour victory and first since early last year, the South Korean star began the birdie run on the second hole of the round that started on No. 10. She also birdied the par-5 18th to make the turn at 6-under 29 and added three birdies on the second nine.

“It’s always great to see the ball rolling in the hole,” Park said. “I haven’t been seeing that for such a long time. For a couple of years or so I have been missing a lot of short putts. … I was just trying to be patient and trying to wait for the day that’s to come. I know I have a good feel on the putter, and it just wasn’t going in the last couple of years or so. I was really waiting for this moment and, hopefully, I can keep this going.”

Park is trying to win for the second time at Pinnacle Country Club after taking the 2013 title.

Paula Creamer, Carlota Ciganda and Sherman Santiwiwatthanaphong were a stroke back.

Creamer won the last of her 10 LPGA Tour titles in 2014. She was 8 under after 12 holes, then played the final six in even par with a bogey on the par-3 sixth and birdie on the par-5 seventh.

“I hit the ball really well,” Creamer said. “I don’t think I missed one fairway today. I had 6-, 7-, 8-footers pretty much on all the holes. I made them. I was putting really well and it was kind of one of those days where I felt like I was going to hit a good shot and make the putt.”

Ciganda matched Creamer with nine birdies and a bogey.

“I really like this course,” Ciganda said. “I think you can go out there and shoot a low score. … I hit my irons really good today, my wedges and then I made some good putts. Very happy with the round.”

Former University of Arkansas star Stacy Lewis had a 68. She won the 2014 event.

Maria Fassi, the 21-year-old Mexican player who won the NCAA title last month for the Razorbacks, opened with a 70.