In his second round back from COVID quarantine, Dustin Johnson shoots 66

Home In his second round back from COVID quarantine, Dustin Johnson shoots 66

For those wondering how many rounds it would take for World No. 1 Dustin Johnson to shake off his quarantine rust and once again start playing like the best player on the planet, the answer was exactly one.

DJ opened on the back nine during Thursday’s first round of the Vivint Houston Open and he seemed out of sorts in posting five bogeys in his first nine holes. He settled down after the turn and finished with a 2-over 72, not good enough to get near the top of the leaderboard, but not poor enough to play his way out of contention.

But the Johnson who dominated the FedExCup Playoffs resurfaced in Friday’s second round. While playing with Adam Scott and Tyrrell Hatton, Johnson fired a 66, getting back to 2 under for the tournament and within striking distance with two rounds to play.

Johnson tested positive for COVID-19 on October 13, and withdrew from the CJ Cup and Zozo Championship, after experiencing achiness, congestion and a mild cough. But during a press conference ahead of this week, he declared himself a picture of health.

And his game certainly didn’t suffer.

“Obviously it was very solid today. I felt like I played pretty well yesterday, just a little rusty. It was my first event since the U.S. Open, so just a little rusty, but felt like I swung it pretty well, just hit a couple bad iron shots,” Johnson said. “But I think that was more just from not trusting what I was doing, just from not being out there. But today did a lot better, hit a lot of really nice iron shots and felt like I managed my game very well, drove it well, hit a lot of quality shots, so very pleased with how I played today.” 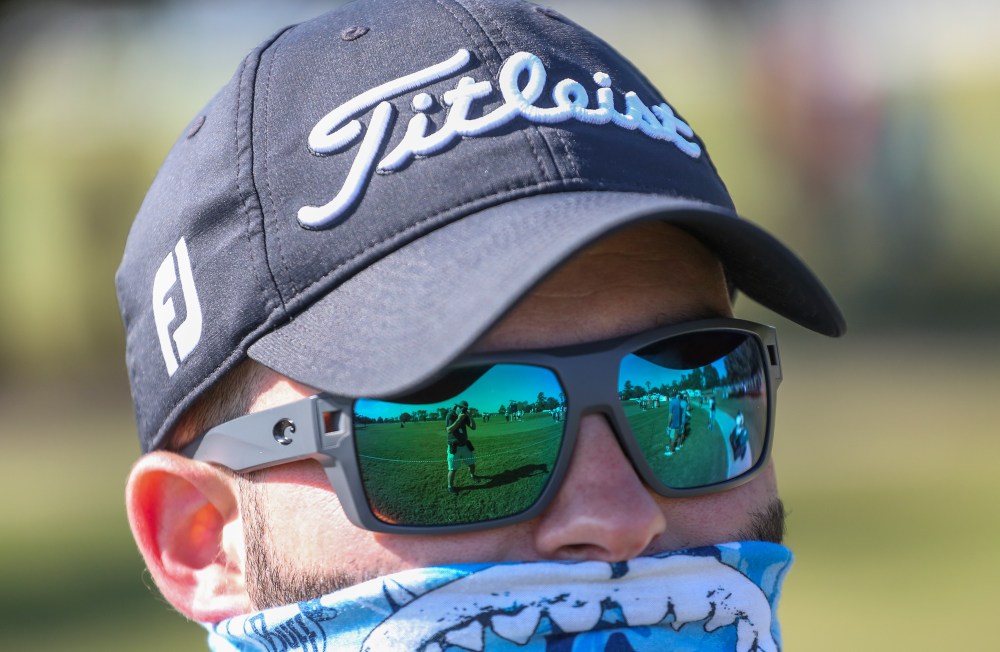 While DJ is hoping to place high at Memorial Park, especially since this is an event his good friend (and Houston Astros owner) Jim Crane helped to produce, the larger goal is to be playing well for next week’s Masters.

Johnson is the only player in this year’s Augusta field to be in top 10 in the Masters every year he played since 2015. He tied for sixth in 2015, tied for fourth in 2016, missed 2017 with a back injury suffered on the eve of the tournament when he was the hottest player in the game, tied for 10th in 2018 and was a runner-up last year.

But he’s yet to win.

He told Golfweek in September that while he’s hoping to win a few more majors, “a green jacket would definitely be at the top of the list.”

That’s why he’s putting in the work here in Houston, even if it means a more hectic travel schedule before Augusta.

Johnson’s drives, on average, were more than 10 yards longer on Friday — he led the field in driving distance (317.4 yards) and was ninth in strokes gained: off the tee, but the real difference in the second round was his putter. On Thursday, DJ made 98.9 feet in putts while he made 123.3 feet on Friday; jumping from 68th in the field in strokes gained: putting to fourth on Friday. 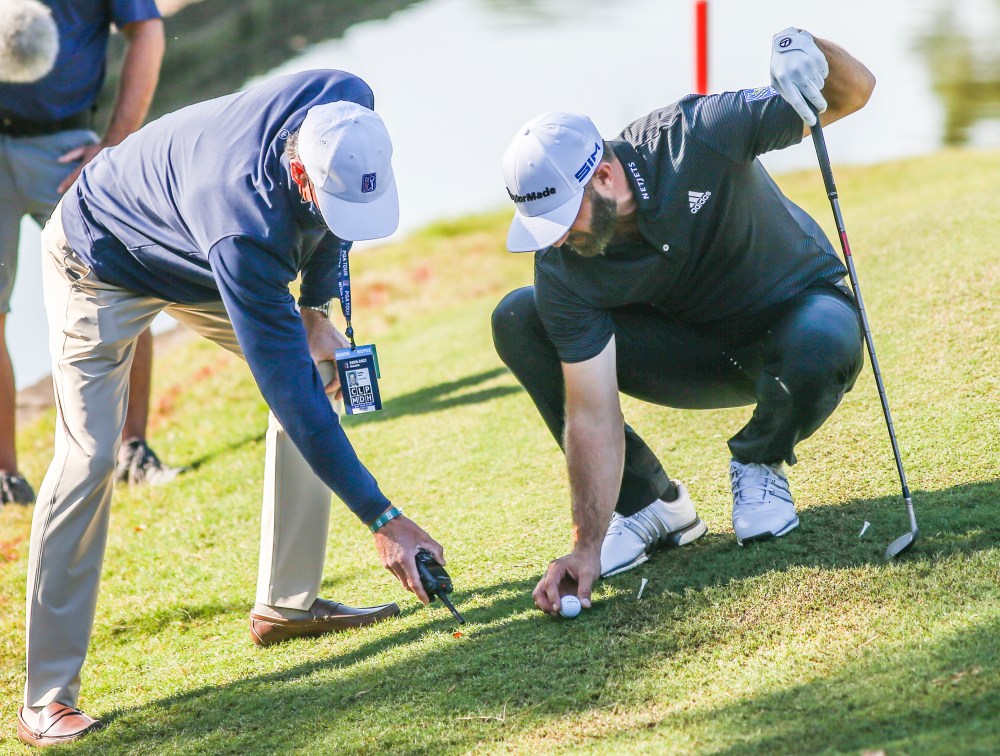 Dustin Johnson has an official talk to him where he should take his drop on the ninth hole after hitting his tee shot in the water during the second round of the Houston Open golf tournament at Memorial Park Golf Course. Photo by Thomas Shea-USA TODAY Sports

Aside from dunking the ball in the water on No. 9 on Friday and taking bogey, Johnson played a largely error-free round, and one that should give him plenty of confidence heading into the Masters.

“I just need the reps before next week. Yeah, I’m pleased with where I’m at. Obviously, anything under par I think is going to be (good). If I can go out and shoot a good score tomorrow I’m going to have a chance come Sunday,” Johnson said. “I’m just looking to get a little better each day.