Is it different in Augusta? Masters vets like Phil Mickelson say there is an advantage

Home Is it different in Augusta? Masters vets like Phil Mickelson say there is an advantage

It’s a different vibe at the 84th Masters Tournament.

The colors have faded from its bright pink to burnt orange, leaves have made their way to the ground throughout the week, and there’s not a patron in sight.

Even with a new environment and ambiance, veteran players all concur that it’s still Augusta National Golf Club and the Masters.

MASTERS: Leaderboard | How to watch

Two-time champion Bubba Watson said it hasn’t started to feel different to him just yet. That could change on Sunday, he added.

The famous Amen Corner brings about some of the most vocal moments during a typical Masters. Patrons are treated to three holes from one seating area in arguably the most important part of the course.

“That’s going to be the part that we’re missing to energize us or I’ve talked about before when a guy is getting off 1 or getting off 2 you can hear the roars on the back nine, so that’s obviously going to be missing unless they put in some speakers and just start cheering,” Watson said earlier in the week.

He said he’s not sure how the lack of patrons will affect his nerves if he makes weekend play.

“I just haven’t noticed them because I haven’t been as nervous right now,” Watson added. “But usually for me when I walk from 11 to 12, they cheer a little different because I’ve won here before, and so you give them a little wave, give them a little nod and then that makes me nervous. I haven’t felt that yet, so yeah, I guess I just kind of blacked that out.” 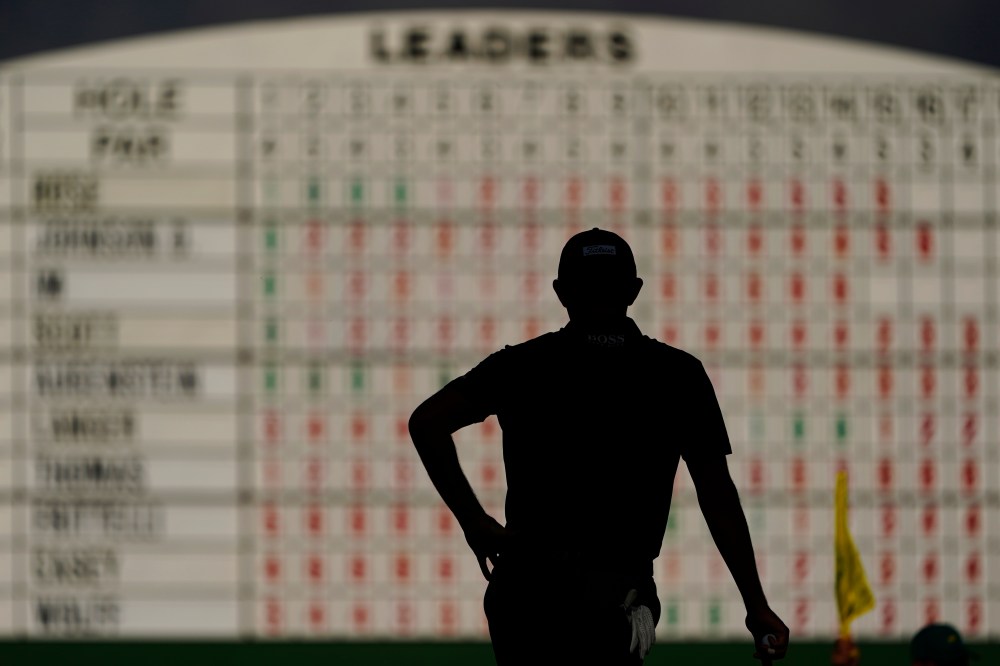 Three-time champion Phil Mickelson said he misses the patrons, but their absence could provide one benefit to players.

”I actually think that the lack of people will keep that first cut a little bit higher and prevent some of the balls running through into the trees that might have gone in in years past,” he said earlier in the week.

Roars heard across the grounds are generally an indicator that a player has hit a key birdie or eagle to move them up the leaderboard. The players won’t have that this week.

The manned leaderboards around the course become that indicator.

Despite the lack of patrons, 2015 Masters champ Jordan Spieth said the end goal remains the same.

“Whether there’s fans or not, we’re playing the same golf course and trying to shoot the low score and beat the same players that we have to try and do every single year,” he said. “It doesn’t change with the patrons. It’s just kind of more the ambiance and what really makes the Masters that next level special is the patrons, but as a competitor, it’s really no change.”