'It will be eerie': The soundtrack of the 2020 Masters will be different without patrons

Home 'It will be eerie': The soundtrack of the 2020 Masters will be different without patrons

AUGUSTA, Ga. – During one of the craziest Sundays in the storied history of the Masters, when eight players had at least a share of the lead on the back nine back in 2011, the soft-spoken Charl Schwartzel stood over a 15-foot putt for birdie on the 16th hole.

“When I made the putt on 16, that was the loudest and most exhilarating roar I’ve heard. I can still remember the hairs on my arms and back of my neck standing up and for quite a long time. It went from dead silence to an eruption,” said Schwartzel, who won by two shots by becoming the only player to birdie the final four holes to win a green jacket.

On the same hole seven years later, Jordan Spieth had a similar experience. He canned a 22-footer for birdie – one of nine red numbers he put on the famous white scoreboards that day – to tie for the lead after starting the final round nine shots back. While he fell two shots shy of a second green jacket, the 2015 Masters champion won’t ever forget his moment on the 16th green.

“That was the loudest roar I have ever heard there,” he said. “Total chills. Straight chills at the time. I’ve had enough memories there and enough experiences (so) it was like, soak this in, enjoy this.”

Now, two years later, no one will be able to dial up similar explosions. Due to the COVID-19 global pandemic, the soundtrack of the Masters will be more elevator music than rock concert as patrons are not allowed to attend this year.

Quiet, please, will not be said throughout the silent grounds as the ground-shaking thunder that Jason Day said can move you will be non-existent. Whispers instead of roars will drift through the Georgia Pines. Playing off the title of one of Simon & Garfunkel’s greatest hits, this year’s Masters ballad could be The Sounds and Grounds of Silence.

“I think it will be the most noticeable by far of any tournament we’ve played to this point,” Spieth said. “I think the crowds have a massive impact on what makes this tournament so special.” 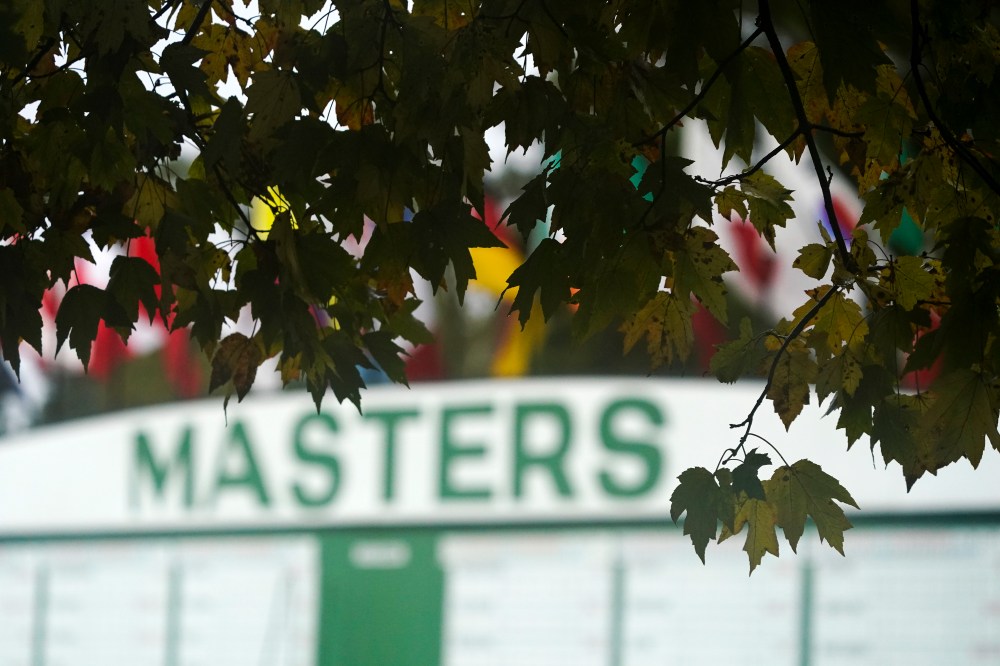 Or as Billy Horschel put it, the dearth of the tone and intensity of the roars will dilute the joy of playing the Masters.

“It’s going to be eerie,” Horschel said. “When you are the middle of those roars coming from all over the golf course, there is nothing like it. I’ll miss the anticipation when a ball is rolling off a ridge toward the hole and the fans are getting up and they start making noise.

“Honestly, it’s not going to be fun without the crowds.”

The lack of patrons won’t just affect the volume and feel.

The optics will be different, too. 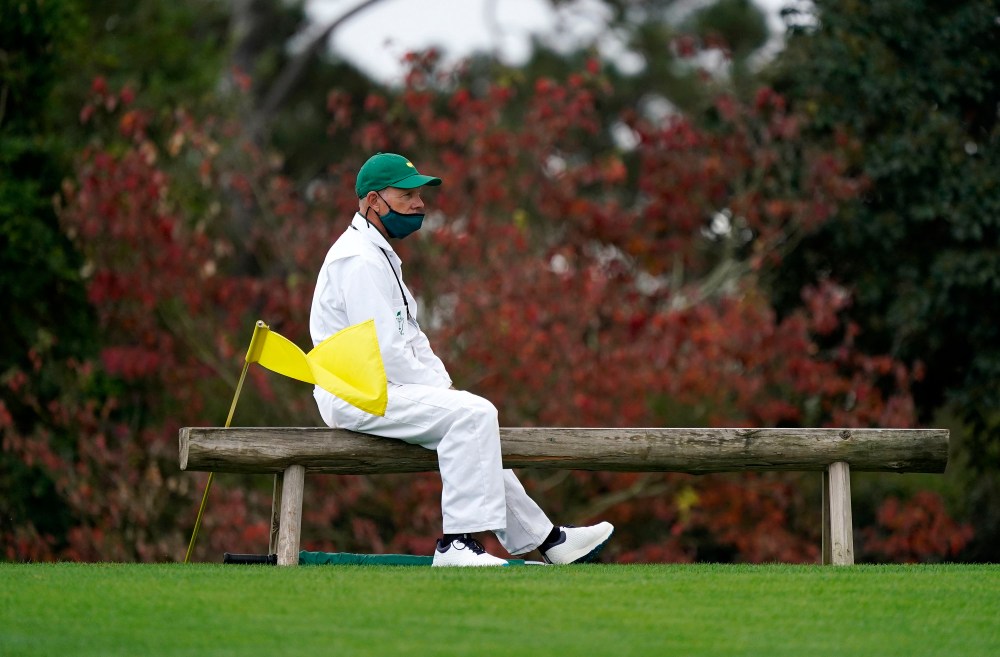 A course worker sits at the 10th tee box during a practice round for the 2020 Masters Tournament at Augusta National GC. Photo by Rob Schumacher/USA TODAY Sports

Thousands of spectators annually rim the fairways and greens and provide definition to each hole and narrow a player’s focus on the target. Now, the landscape, as beautiful as it remains, is barren.

“It’s weird because you can see almost every hole when you’re standing on 1 tee,” four-time major winner Brooks Koepka said. “I’m not used to that.”

As well, with no need to provide seating for spectators, the grandstands – observation decks, as they are called at Augusta National – are gone.

Thus, without patrons and observation decks, strategies could be altered.

“The fact that we have no spectators is going to be very different optically for a lot of us. It will be like how we normally play practice rounds there when we kind of go out there,” defending champion and five-time Masters winner Tiger Woods said. “On a couple of the holes that if you do bail out, we have had the patrons knock a few balls back in play. It will be interesting. Some of the angles may be a little bit better. Like on 2, to be able to sneak it down the right side a little bit more on the second shot, the layup. Same at 13.”

Reigning U.S. Open champion Bryson DeChambeau has had to relearn the course since he has added 50 pounds of mass and become the game’s longest player. With the course deserted, DeChambeau is seeing new lines of attack.

“The crowds do create barriers visually and streamline your attention,” two-time Masters runner-up Justin Rose said. “There are some wide open areas like at 9 and 18. Down to the second green at 2. Huge expanse of lawn you don’t feel with crowds not being there and that can make a difference.”

But the biggest difference, the players will tell you, will be the lack of roars and the polite sounds of applause. Since the PGA Tour restarted in June, players have talked at length about the flatness of each tournament sans fans. They’ve had to dig deep to create intensity and adrenaline, had to figure out how best to absorb the stillness and maintain momentum after delivering heroic shots at times.

“(The patrons) helped me win,” Woods said of his Masters win in 2019. “The support that I had, the energy that was around the property, it was electric that day. This year is going to be very different. It’s going to be stark in what we see, our sights into the greens, the energy that you hear from different roars, from different parts of the golf course. I mean, you’re on the putting green up on 1 and you can hear eagles down on 13. That’s what this tournament is all about, and we’re not going to have that this year. So we’re all going to go through it together at the same time and it’s going to be a very different experience.

“There’s no other place like it. It echoes here, it travels. The atmosphere in general is going to be so different. You make putts and you don’t have the big roars. You hit a shot in there, get momentum, you’re not going to have any of that this year.” 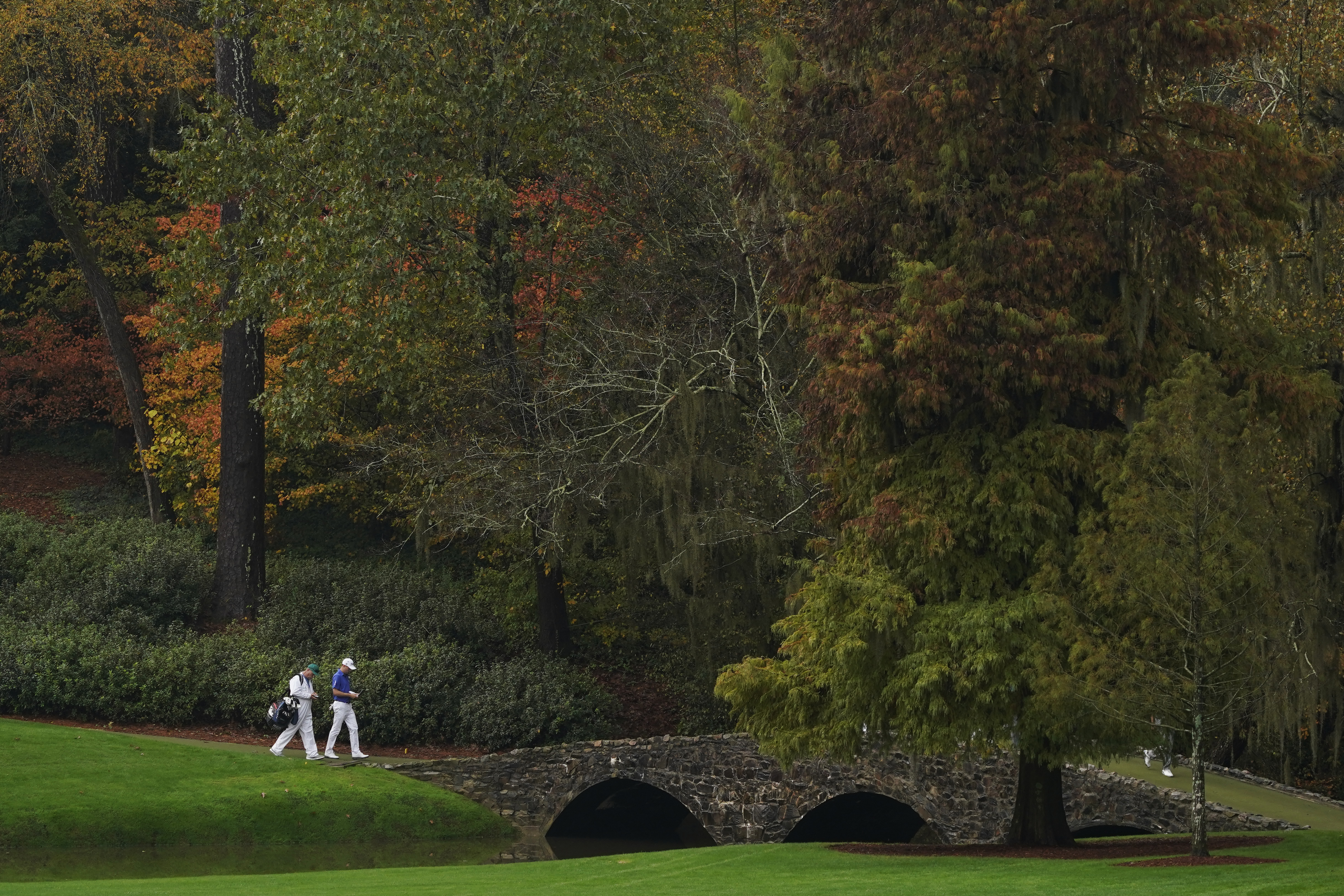 Justin Thomas walks with his caddie on the 13th hole during a practice round for the Masters golf tournament Wednesday, Nov. 11, 2020, in Augusta, Ga. (AP Photo/Charlie Riedel)

Webb Simpson, the 2012 U.S. Open champion who tied for fifth last year in the Masters, said the roars change him every year.

“Augusta National is the only week of the year where I separate the athlete in me and just be like an old man and soak it in because I’m not going to play the Masters forever,” he said.

Paul Casey said at least he won’t have to back off any shots this year because there won’t be any roars interrupting play.

“The roars at Augusta are different than any others. The crowd behaves a little differently. They are packed in. And there are no cell phones so everybody is paying attention,” Casey said. “So when roars happen they are on point and they are explosive. You have to step back and take a few deep breaths when some of those roars explode. But that won’t be the case this year.”

For Masters first-timers, the lack of a Par 3 Contest doesn't diminish a week at Augusta National

With no patrons, ESPN and CBS planning unique Masters coverage