With much of Texas blanketed in snow and record-low temperatures on Monday, Jackson Van Paris found himself with a little extra time to reflect on a junior-golf title bagged, unbelievably, a day earlier. Van Paris, like the rest of the field, piled on the layers and donned a beanie for the final round of the AJGA’s Simply Boys Championship at Carlton Woods, the first invitational of the season and one where the schedule was scrambled to fit in 54 holes.

“The conditions – they were pretty hard,” Van Paris said. “When it’s 35 degrees out here, you’re wearing three, four, five layers the entire round. Definitely doesn’t allow you to hit some of the shots you normally would be able to hit in 65-, 70-degree weather.”

The Van Parises, from Pinehurst, North Carolina, imagined they might be in the Lone Star State a few more days as the winter storm raged. It will go down as quite the memory, particularly if this happens to be Van Paris’s final AJGA invitational start.

It’s a possibility, but not a certainty.

Most of Van Paris’s summer will be taken up by amateur events as he transitions to the next level before his freshman year at Vanderbilt. The Western Amateur, Sunnehanna Amateur, Terra Cotta Amateur and North & South Amateur are among those on his wishlist. Van Paris, 17, already appeared in some of those events this past summer. Most recently, he finished 72nd at the Jones Cup earlier this month.

“Trying to transition to amateur golf just to kind of get used to what it will be like in college,” he said.

Van Paris is ranked No. 9 in Golfweek’s Junior rankings and No. 279 in the World Amateur Golf Ranking. He has been as high as No. 64 in the latter ranking. These past six months, despite his game feeling solid, he hasn’t felt his scores have matched. The familiarity of the Club at Carlton Woods in The Woodlands, Texas, site of last week’s Simplify Boys Championship, helped change that. 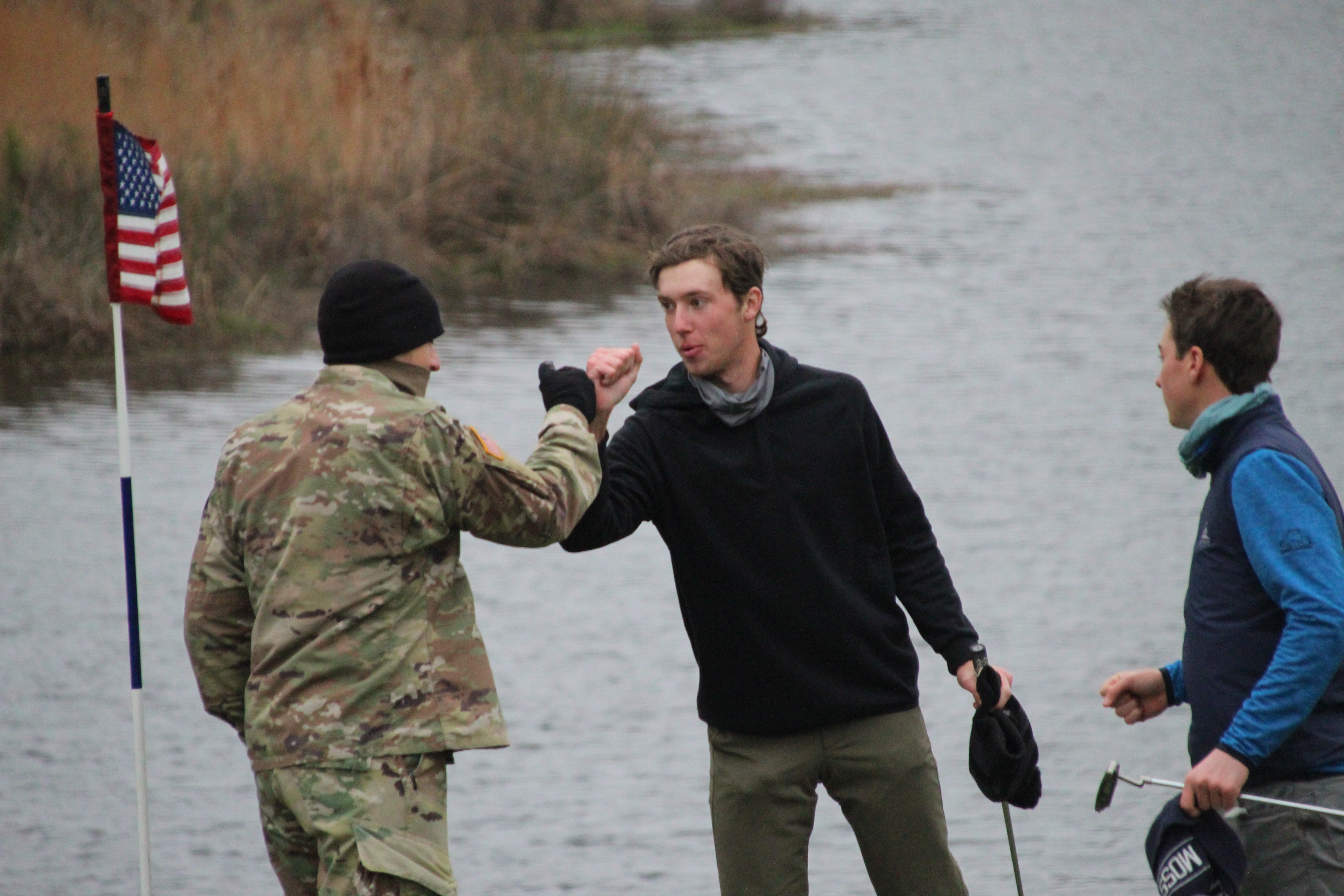 Jackson Van Paris fist bumps a military member during the final round of the AJGA Simplify Boys Championship at Carlton Woods. (AJGA photo)

With his win, Van Paris became the first repeat champion in the tournament’s 34-year history, having also won the event in 2019. The AJGA condensed a three-day tournament into two by making Friday’s opening round a 36-hole day as the winter storm loomed. A few players had to finish their second round on Saturday before the start of the third round, but the field finished by Saturday evening as temperatures dipped into the 30s.

“I honestly think coming back to a place I’ve won before helped me,” Van Paris said. “I’ve won here in the past, I know my game is good enough to win here. I love the golf course.”

He would have another chance to test that theory next month had the Junior Invitational at Sage Valley, one of the elite events in junior golf, gone on as planned, but the event has been canceled because of COVID. Van Paris won’t get to defend the tournament he won on the cusp of another natural disaster in March 2020.

There are still perks on the calendar, though, and perhaps none bigger than playing his final U.S. Junior Amateur at his home course, the Country Club of North Carolina, in July.

Van Paris is the rare player who has given enormous amounts of his time back to the game – not just through hours spent on the putting green and the driving range, but by getting involved in the giving-back component of golf. He served as a player representative to the AJGA board in 2020 and devoted considerable energy to one particular charitable effort. 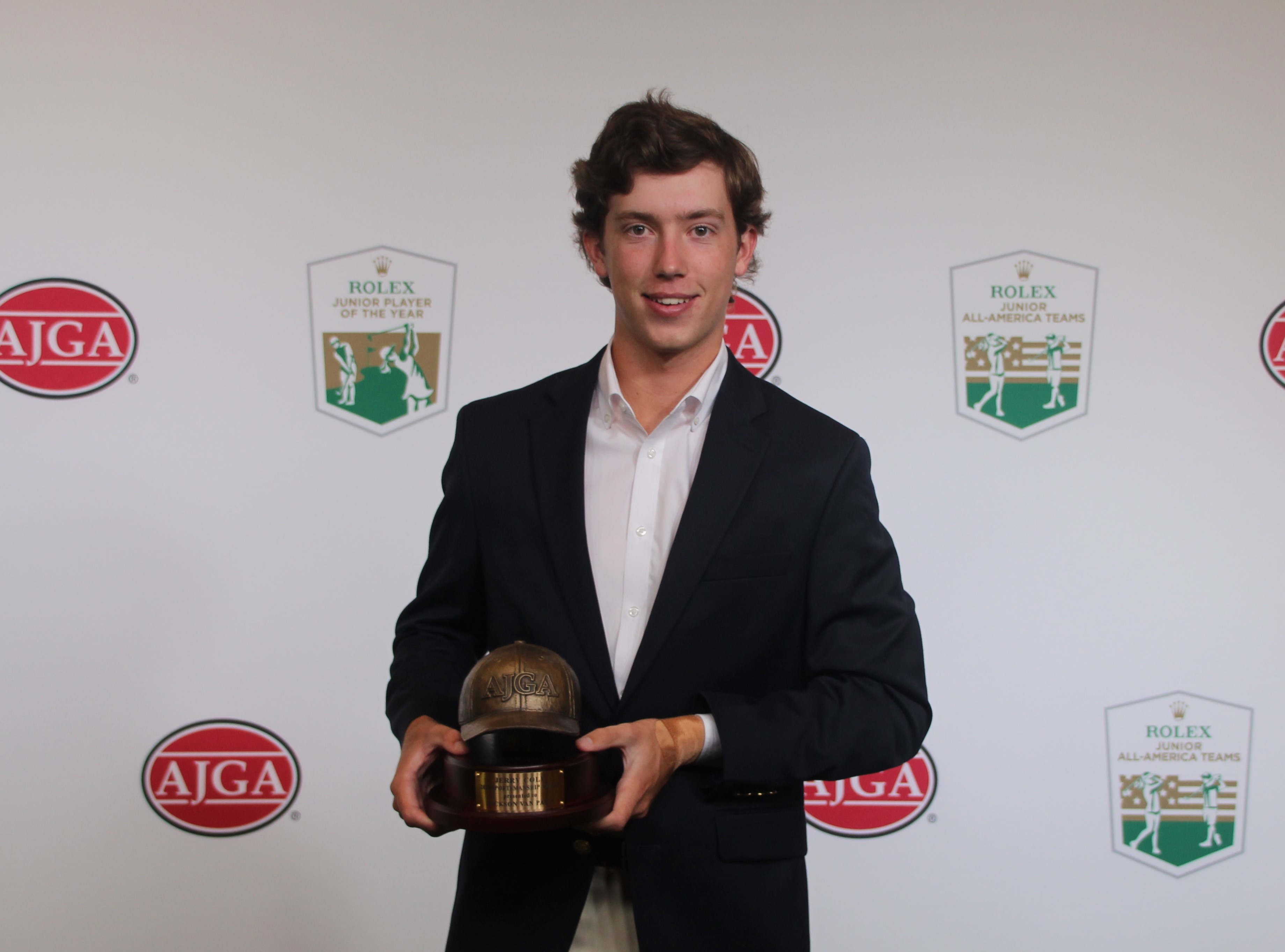 For the past six years, Van Paris’s name has been synonymous with the Carolina Cup, an event that has raised $250,000 in four years on behalf of the Nicklaus Children’s Health Care Foundation and the ACE Grant. Starting in 2017, he helped run the event with his family and through assistance from the AJGA. It’s the kind of event passed down from one junior-golf family to the next, and the Van Parises will pass the torch now, too.

Van Paris alone has raised more than $32,000 for charity during his involvement with the Carolina Cup. He was honored with the AJGA’s Jerry Cole Sportsmanship Award at the end of last year and gained loads of perspective from learning how to apply his talents to something bigger than golf.

“I really don’t know if I ever saw myself before doing it but now after running it for three or four years I really couldn’t see myself not doing it,” he said. “It’s been really cool and an opportunity I’m very thankful for and feel lucky to have been a part of.”

In many respects, including his charitable efforts, Van Paris seemed to go from junior golf to the cusp of adulthood in an instant. Not even four years have passed since Van Paris made match play as a 14-year-old at the 2018 U.S. Amateur at Pebble Beach. When he won his first-round match against Dylan Perry, it made him the youngest competitor to win a match at the U.S. Amateur since Bobby Jones reached the quarterfinals in 1916. 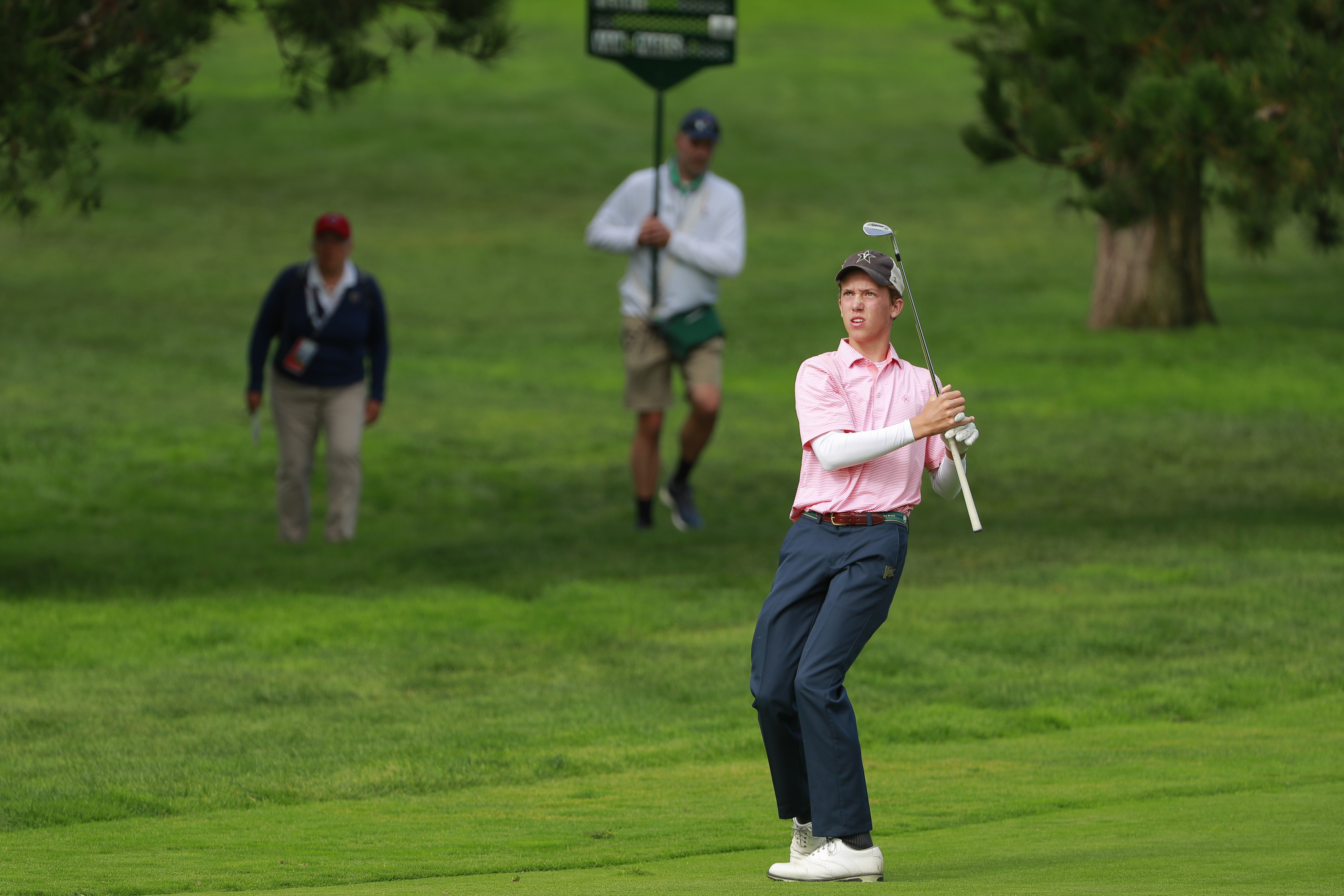 Jackson Van Paris watches his second shot on the first hole during the Round of 64 at the 2018 U.S. Amateur at Pebble Beach Golf Links in Pebble Beach, Calif. (Photo by USGA/Chris Keane)

“I was 14 and didn’t really know what I was doing yet,” he said. “Just went out there and played golf and happened to have stuff go my way and play really well, made match play and won a match. That was really cool, and ever since then, I’ve kind of just tried to play amateur events periodically and get a feel for what it’s like.”

Van Paris imagines he’ll study either human organizational development or economics when he lands at Vanderbilt next fall, but he hasn’t decided for certain yet.

Van Paris and his friend Gordon Sargent, who hails from Birmingham, Alabama, and finished third at the Simplify Boys, committed to play for the Commodores within 24 hours of each in 2018. They’ll room together as freshmen, and Van Paris hopes he’s part of the next wave of Vanderbilt golf glory. After meeting head coach Scott Limbaugh and assistant coach Gator Todd, he couldn’t imagine playing anywhere else.

Given his track record, one would imagine that’s Van Paris’s impact in Nashville will extend far past his scoring average.