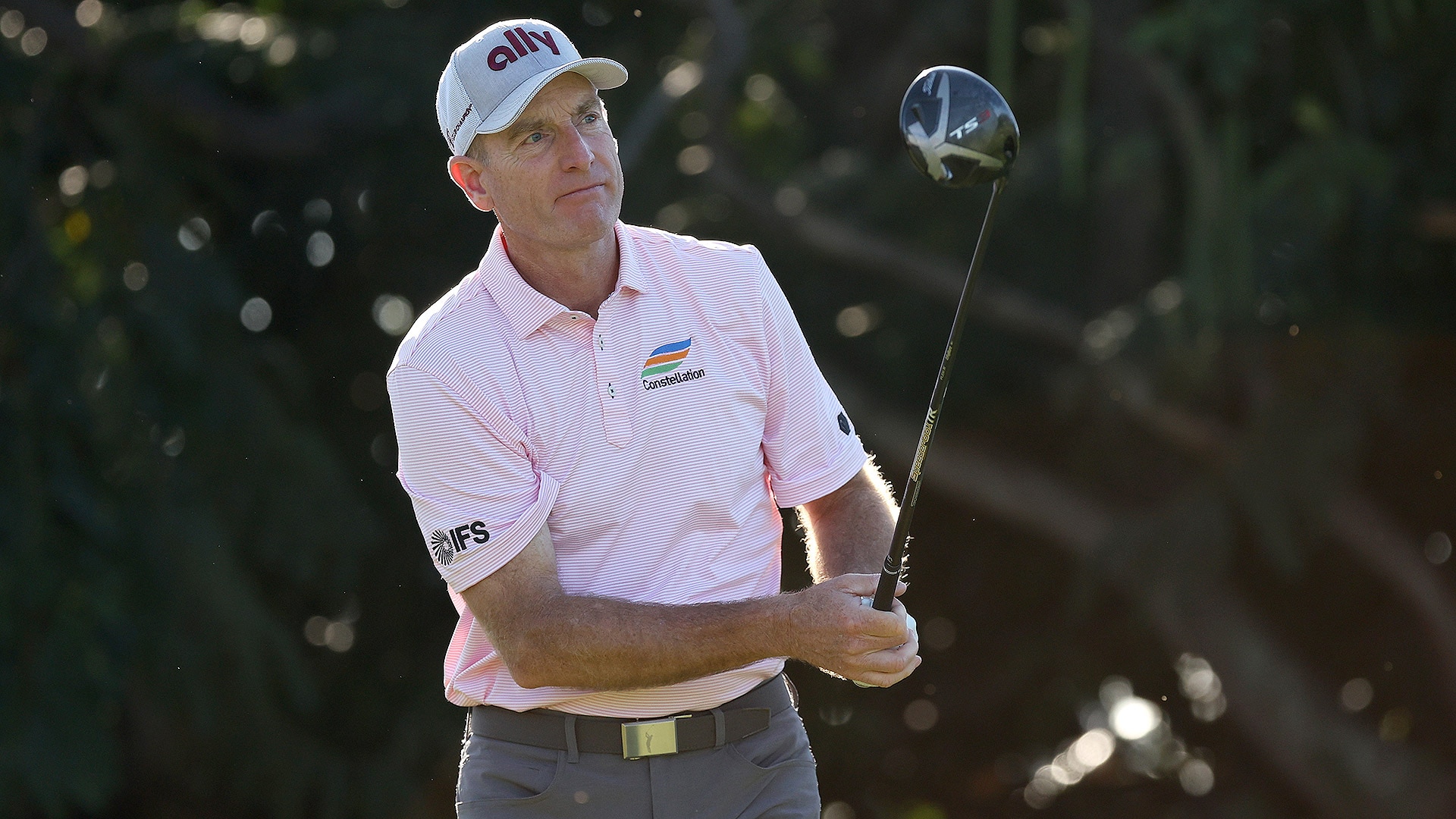 Jim Furyk won the Sony Open in 1996 at 25 years old and now 26 years later, in Round 1 of the same event, he turned back the clock in a big way while playing on a sponsor’s exemption.

Despite starting his first PGA Tour round since March 2021 three-putting for bogey, the 51-year-old turned in a front-nine 32 with four birdies and didn’t stop there. Furyk sank a 25-foot birdie putt – identical to what he did on No. 5 – on the par-4 16th to get within one of the lead, but he put the cherry on top of his round just moments later.

From 187 yards out, he aced Waialae Golf Course’s par-3 17th – his sixth ace on Tour and first since the 2011 WGC-Bridgestone – and finished his round with a one-stroke lead, though, he’s T-2 with Russell Henley and one shot back of leader Kevin Na after Day 1. It was the fifth Tour ace on No. 17 since 1983 and first since Tony Finau’s in 2018.

An ace for the leader @SonyOpenHawaii! 🎯@JimFuryk makes the sixth hole-in-one of his career and first since 2011. pic.twitter.com/UX5aXi0tb2

“I thought I was in-between clubs but [caddie Michael “Fluff” Cowan] assured me it was a 6-iron for me, it was the right club and I had it teed up a little bit trying to get the ball in the air and hit down on it,” Furyk said following his round. “Caught it just a smidge high in the face.

“And so I loved the line it was on but I wasn’t quite sure I caught enough of it to cover it. And carried on the green probably two or three yards and landed in a perfect spot and then released towards the pin. I guess that’s kind of the line I was looking. You never want to miss that green right. Want to make sure I hit it solid to cover.”

Full-field scores from the Sony Open in Hawaii

Furyk hasn’t held a lead after a PGA Tour round since the 2019 Players Championship, where he finished Day 4 with the clubhouse lead but Rory McIlroy eventually overtook Furyk by a stroke to win. Furyk’s last Tour title came at the 2015 RBC Heritage.

In 2020, Furyk transitioned to the PGA Tour Champions full-time and his career got a new lease on life. He was runner-up to Bernard Langer in last year’s Schwab Cup standings but had three wins, including the U.S. Senior Open, 18 top-10s and 26 top-25s in 26 starts.

However, with the senior circuit set to start its season next week, also in Hawaii, the 17-time Tour winner thought he’d get a head start by playing a course where he’s had success throughout his career (five top-10s plus his ’96 win and a playoff loss in ’97).

Kevin Na opens title defense in 61 to lead Sony Open, but ‘disappointed’ in no 59

And even though he was able to recreate that success in his first competitive round of 2022, don’t expect Furyk to try and run back his PGA Tour glory days on a regular basis.

“Waialae is a place I still feel I can get around and shoot under par pretty well and so it’s fun,” he said. “Places I’ve won, Valspar, Heritage, those are courses I can still compete on. Once in a while, I’ll dip out here but I’ll predominately play on the Champions Tour and having Hualalai next week, I’m grateful Sony gave me an exemption and a chance to come over here for two weeks in Hawaii.”

But no matter where or when he plays, the objective is always the same.

“Just because I’m getting close to 52, I didn’t come over here to pack it in and have a vacation,” he said. “I want to play well.”