The 2021 PGA Championship kicked off Thursday at the legendary Ocean Course on Kiawah Island, and for a very short time, a previous winner put his name atop the leaderboard.

John Daly, who won the event back in 1991 at Crooked Stick Golf Club, is making his annual appearance at the PGA Championship, wheeling a cart around the grounds. He was given permission to play with a cart before the 2019 tournament due to osteoarthritis in his right knee.

Daly, who is 55 years old and spends most of his time on the PGA Tour Champions, started his day on the range in typical JD style — rocking a McDonald’s diet soda.

John Daly with the McDonald’s cup of Diet Coke on the range at 7am is so on-brand pic.twitter.com/7F6nKdVDev

Daly opened his round with a birdie, temporarily taking the lead, but then added doubles on Nos. 3, 11 and 13.

In pictures: Two-time major winner John Daly through the years 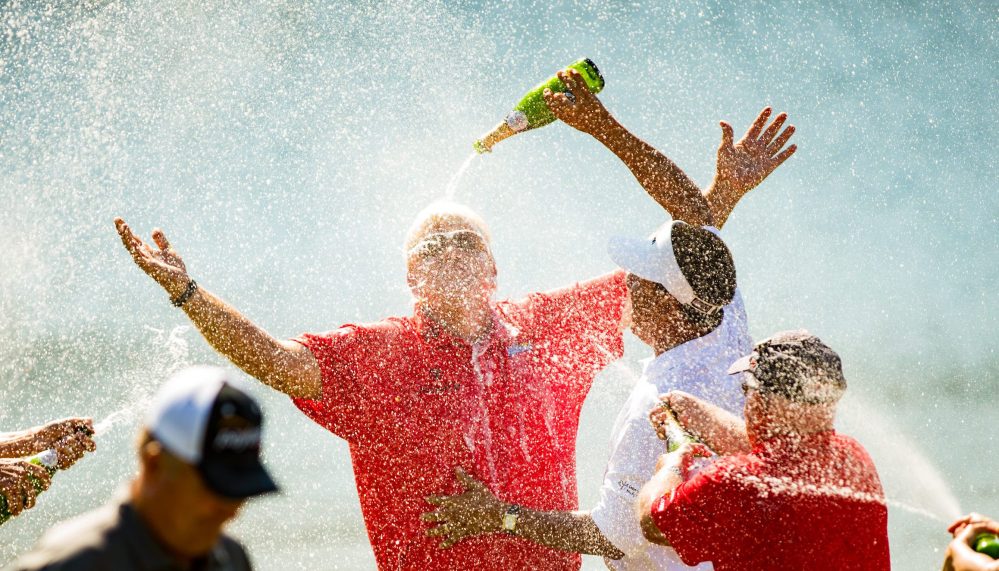