MCKINNEY, Texas — For those on the cusp of their first PGA Tour title, it’s easy to get a little damp in the palms.

Mother Nature enhanced this scenario on Sunday for K.H. Lee.

With some of his round played in an utter downpour, the South Korean who has slowly but surely climbed up the rankings finally had his day in the sun — scratch that — winner’s circle. Despite a lengthy weather delay, Lee finished the event at 25 under, topping the field at the AT&T Byron Nelson at TPC Craig Ranch by three strokes.

Sam Burns, who led after 54 holes, was alone in second while Scott Stallings, Daniel Berger, Charl Schwartzel and Patton Kizzire were all third at 21 under.

The conditions didn’t make it easy for Lee. With rain streaming from the sky and significant puddles on the fairways, his drive on the 16th hole measured just 223 yards, despite being well struck. To put that in perspective, the driving average on the same hole in Thursday’s opening round was 292.4 yards. 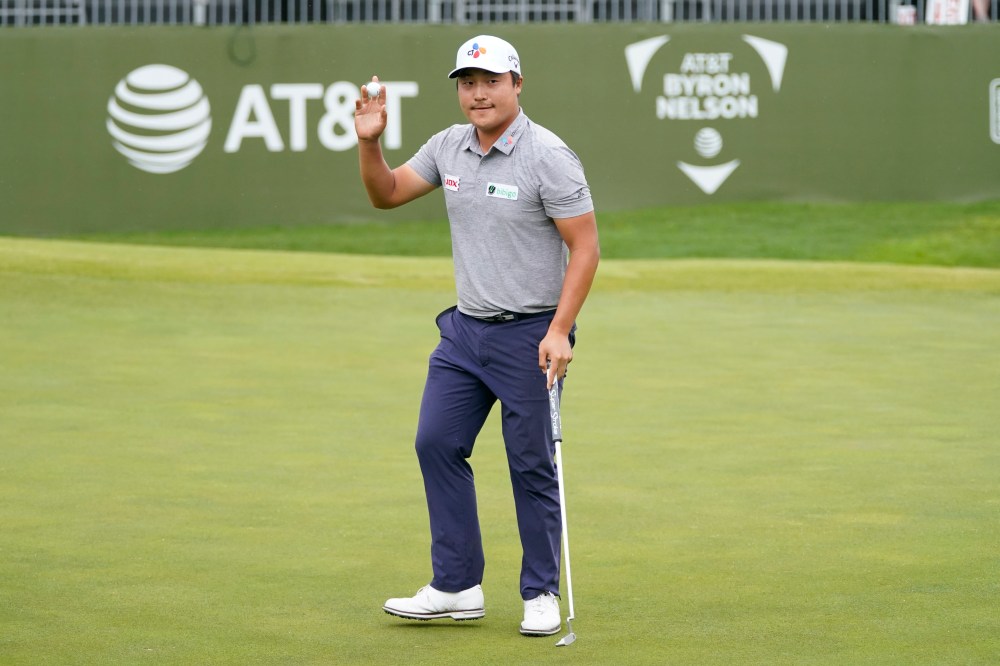 Soon after, thunder and lightning forced a delay and Lee was forced to think about a potentially life-changing victory for roughly two hours.

Coming out of the delay, Lee missed a short putt and made bogey — just his third of the week — and playing partner Sam Burns seemed to have new life with a few holes to play.

But Lee followed by sticking a shot to inside 4 feet on the par-3 No. 17 and buried the putt to push his lead back to three — and take any pressure off the final hole.

“Long day for me, I think for everybody. I mean, but I just try to keep patient and positive thinking. So I don’t want to be looking on the leaderboard, so just try my golf, and then successful now, so I’m very excited and happy,” he said. “Before a lot, I imagine when I win, like what is that? Like, yeah, like fist pump or I imagine a lot of things, but too excited over there. Almost forget everything.”

The long trek to victory started with Lee moving to the United States in 2016, after toiling on the Japan Golf Tour for four years, to play on the then-Web.com Tour (now the Korn Ferry Tour). He finally became a full-time member of the PGA Tour in 2019.

The Seoul native’s best previous finish was earlier this year when he finished T-2 at the Waste Management Phoenix Open, just behind Brooks Koepka.

Lee, who had been listed as the third alternate for next week’s PGA Championship, got into the event with the victory and is the final entrant in the field. He also gained full exemption for Tour events through the 2022-23 seasons and jumped to 29th in the FedEx Cup standings. 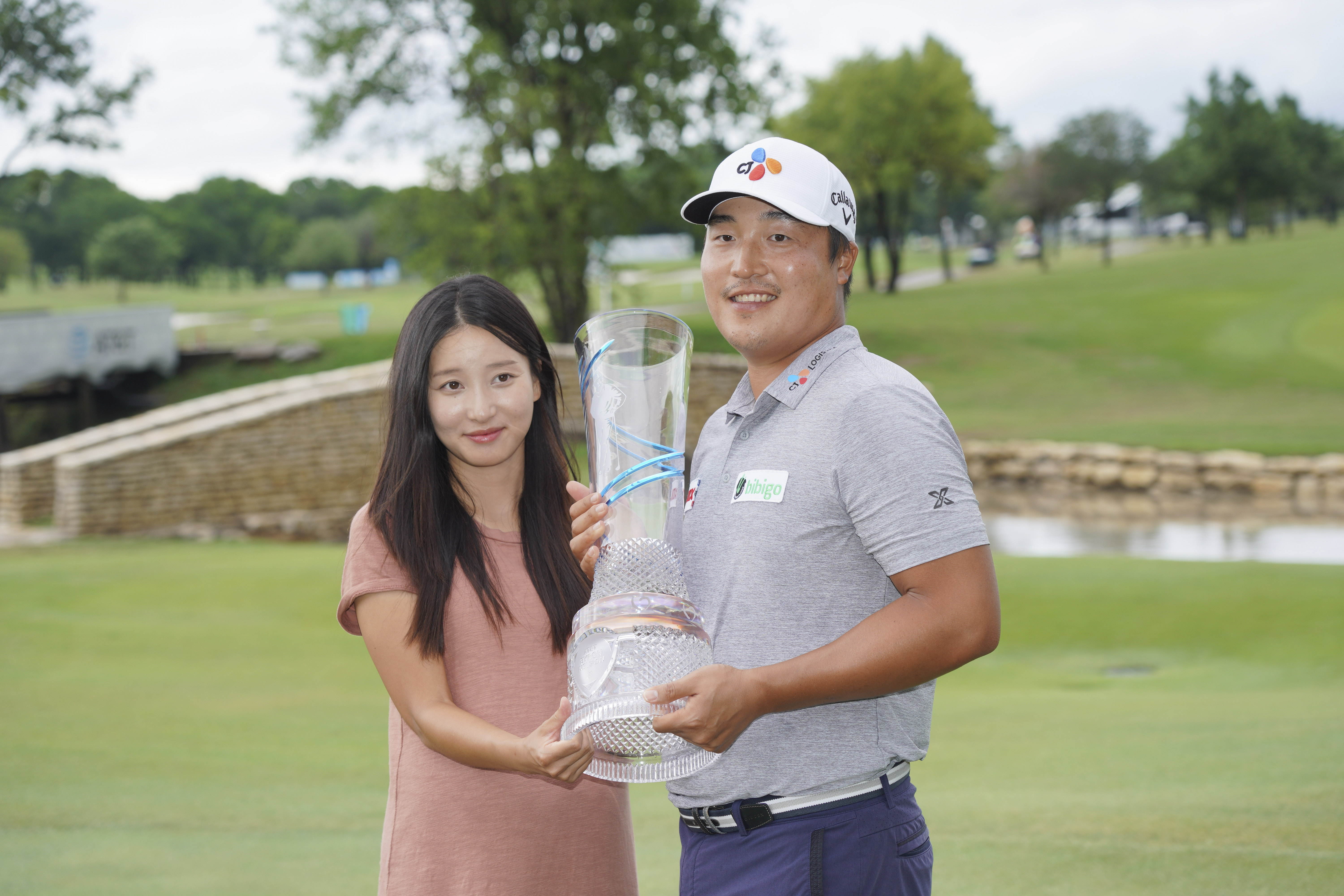 Lee also had a little inside knowledge of the course, which was enjoying its first year as the host site of the Byron Nelson. His caddie, Brett Waldman, played at TPC Craig Ranch back in 2010 during PGA Tournament qualifying.

Meanwhile, one who got off the course before the rains came was Kizzire, who bounced back from a 71 on Saturday to posted 10 birdies on Sunday en route to a 63. The former Auburn star said he eased up prior to the final round.

“(On Saturday) I felt like I put a little too much pressure on myself, and today the pressure was kind of off and I felt like I put my head down and went out there to make birdies,” he said. “We had the same wind we’ve had the last few days and it wasn’t raining yet, so I just got out there and started giving myself opportunities. I’ve been putting really well, so I did that, I putted great today.”

Jordan Spieth, who had high hopes after an opening-round 63, wasn’t thrilled with a 71 on Sunday, but still finished T-9 and was happy to be rolling after battling COVID. Especially with a major in the near future.

“All in all, coming in I didn’t think this was necessarily the best golf course for me. Historically I didn’t feel that way,” said Spieth, who hails for the Dallas area. “Obviously, after the first round I liked the position I was in, but I’m happy with kind of the way things turned out for the week as a whole.

“Today was a little disappointing. It just was tough. What a battle. We don’t normally get rain in Texas without electricity very often, and so that was definitely a test. But it was fun. I thought the tournament was great out here, and after having a month off just kind of coming out and hitting a lot of good shots, picking back up where I left off, was a big confidence boost.”

Bryson DeChambeau, the FedEx Cup points leader, shot an unspectacular 72-69 after reaching the weekend and finished T-55 at 10 under.

How to watch the PGA Championship at Kiawah Island