The biggest golf event of the year is here as the PGA Tour returns to Augusta National Golf Club in Augusta, Georgia, for the Masters Tournament. Below, we look at the fantasy golf power rankings and odds for the 2021 Masters, with PGA Tour picks and predictions.

Typically the first major of the PGA Tour season, the 2021 Masters will be the third of six majors played in the 2020-21 season. Dustin Johnson, who’s No. 1 in the Golfweek/Sagarin world ranking, returns to defend his title from the 2020 Masters in mid-November.

The most notable omission from the field is 2019 champion and five-time Masters winner Tiger Woods. He’s still recovering from surgery as a result of a car accident in late February.

His missed cut at The Players Championship was his only MC in 14 international events since the 2020 US Open and it’s sandwiched by a T-10 at the Arnold Palmer Invitational and a quarterfinal exit from the WGC-Match Play. He made the cut in each of his last three appearances at the Masters with two top-20 finishes.

The Korn Ferry Tour graduate has skyrocketed from 610th in the Official World Golf Ranking at the end of 2019 to 46th entering this week. He makes his Masters debut, but the decreased number of patrons at ANGC played to the advantage of several debutants in the fall.

One of the top ball-strikers on the PGA Tour and he has greatly improved his putting. He tied for 10th at the fall Masters and has two more top-10 finishes early this year.

Won the WGC-Match Play to vault into the top 20 of the OWGR after previously finishing T-2 at the WGC-Workday Championship. He’s gaining an average of 0.60 strokes per round off-the-tee through 35 measured rounds on the season.

Missed the cut at the Masters last year but his 0.96 Strokes Gained: Approach per round on the season suggests he should be a better fit for Augusta National than his course history shows.

The putter has been a big weakness so far this season, but he’s gaining 1.32 strokes per round tee-to-green with 0.42 SG: Around-the-Green per round. He has two top-10 finishes and three other top-20s in his last six trips to Augusta.

Had to withdraw from the 2020 Masters due to COVID-19, so he’ll make just his second career appearance this week. He missed the cut last time around in 2018, but he returns as a PGA Tour winner, and he’s 10th on Tour in total strokes gained per round.

Won February’s Genesis Invitational against a strong field and at a difficult golf course for his second career PGA Tour victory. His iron play has been strong, and he putts well on difficult greens.

Tied for ninth on Tour in par 4 efficiency: 450-500 yards for the 2020-21 season. He struggled with the flat stick at the Valero Texas Open, but he was near the field leaders in SG: Off-the-Tee.

Seventh on Tour in par 4 efficiency from our key distance of 450-500 yards and his 2.56 strokes gained per round on the average Tour pro over his last 20 rounds is best on Tour.

Place a $1 bet on ANY golfer to win, WIN $100 (in free bets) if any golfer makes a birdie. Promotion available in CO, IA, IN, MI, NJ, PA, TN, VA and WV. Place your legal, online sports bets at BetMGM!

One victory and four other top-10 finishes in seven international events to begin the year. He tied for 38th at the 2020 Masters, tied for 17th at the US Open and was a co-runner-up at the PGA Championship to work his way back inside the top 20 of the OWGR.

Lost a lot of his outright betting value for the Masters while finishing as the solo runner-up at both the Arnold Palmer Invitational and The Players Championship, but he can still be a strong fantasy pick while in excellent form. He’s putting exceptionally well, and he has 52 rounds of experience on these greens.

Failed to qualify in time for the originally-scheduled 2020 Masters, so he’ll be making his first appearance since finishing as the low amateur in 2019. He’s seventh on Tour in SG: Tee-to-Green and his putting and short game have improved almost weekly on his rise to No. 14 in the world.

The 27-year-old has two top-5 finishes in his last three appearances at Augusta National. He’s tied for the Tour lead in par 5 scoring on the 2020-21 season.

The 2018-19 PGA Tour Rookie of the Year tied for second in his Masters debut in the fall. He has two top-10 finishes and no missed cuts in 10 events to begin the year.

Makes his first Masters appearance since 2018 with two Tour victories since the beginning of 2020. His strengths are in SG: Approach and on the greens.

Tied for first on Tour in bogey avoidance, is second in scrambling and tied for 10th in par 5 scoring. Has gained an average of 1.20 strokes per round over 30 career rounds at ANGC.

Finished T-44 in his Masters debut three months after winning the PGA Championship last year. He won the WGC-Workday Championship but tied for 41st two weeks later against most of the same competition at The Players.

The 41-year-old is second on Tour in SG: Off-the-Tee per round and third in par 5 scoring. He has struggled with the putter this season, but the 2017 Masters champ has had success on these greens before.

Recently changed swing coaches amid a stretch of play that has seen him slip from No. 4 to 12 in the OWGR since the end of 2020. In the fall, he snuck away with his sixth top-10 finish in his last seven appearances at the Masters after opening with a plus-3, 75.

Get ready for some serious Masters merchandise envy 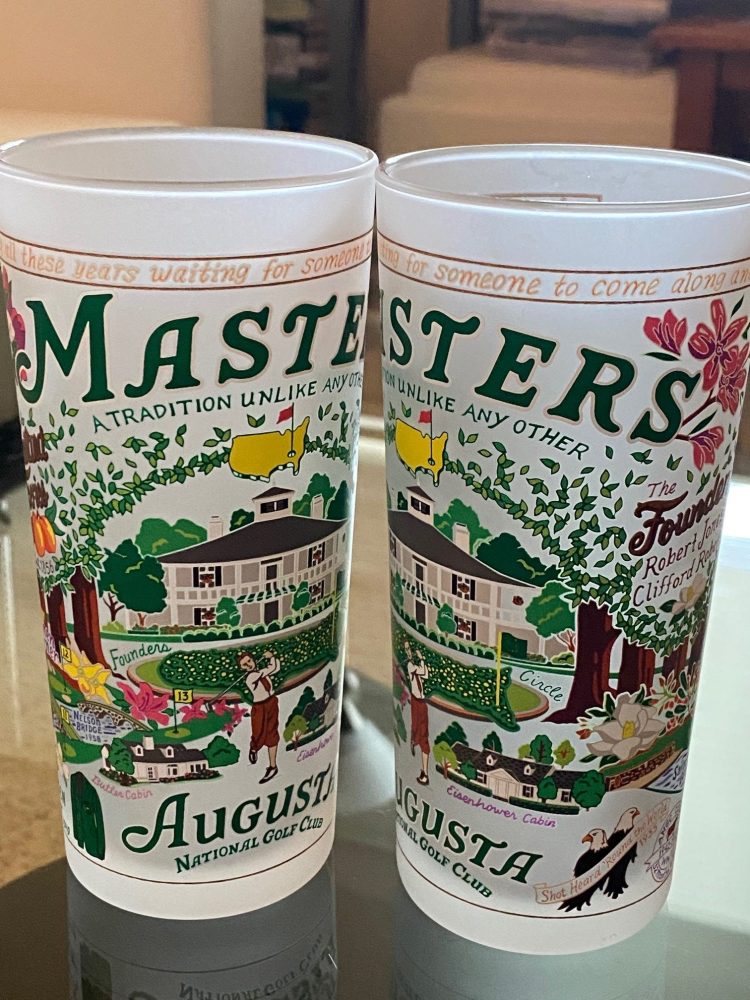 Won the Farmers Insurance Open in January but has just one other top-10 finish in five events since. He’s averaging 0.90 SG: Putting per round on the season.

My favorite pick to win the 2021 Masters largely due to the value in the odds. He’s far from a safe pick following knee surgery in March, but there’s value as a potential contrarian pick.

Golfweek’s No. 3 golfer in the world has two runner-up finishes and another top 10 through his first seven events of the calendar year. He’s averaging 0.84 SG: Putting and 0.71 SG: Approach per round for the season.

Three runner-ups and a fourth-place showing through eight events prior to a missed cut at the Texas Open. Don’t put much stock in last week’s result, as he was likely just fine-tuning his game for Augusta National much like spring training in baseball.

More: Spieth has long way to go in comeback

Started the year with four top-10 results in seven events before winning the Valero Texas Open to snap a 3.5-year winless drought. His 2.90 career strokes gained per round at ANGC are the most of anyone with a minimum of five rounds played.

There was concern Rahm, Golfweek’s No. 2 golfer, would need to leave the Masters mid-tournament for the birth of his child, but the baby boy was born over the weekend. He tied for seventh at the fall Masters and has five top-10 finishes in seven events since.

Won the Players Championship for his 12th victory since the beginning of 2017. He still has just one major win (2017 PGA Championship) but is coming off a career-best Masters finish of fourth in the fall.

The No. 1 golfer in the world and defending champion has won once on the European Tour and thrice on the PGA Tour to go with his 2020 FedEx Cup win since the mid-June restart last year. The only concern may be that there hasn’t been a back-to-back Masters champ since Woods in 2001 and 2002.

Leads the Tour in SG: Off-the-Tee and SG: Tee-to-Green and shares the lead in par 5 scoring. He was the pre-tournament betting favorite for the fall Masters and enters this year’s tournament with better value, even after winning the Arnold Palmer Invitational and tying for third at the Players.

Get some action on the 2021 Masters by signing up and betting at BetMGM. If you’re looking for more sports betting picks and tips, access all of our content at SportsbookWire.com. Please gamble responsibly.

Gannett may earn revenue from audience referrals to betting services. Newsrooms are independent of this relationship and there is no influence on news coverage. This information is for entertainment purposes only. We make no representations or warranties as to the accuracy, completeness, or reliability of any content. 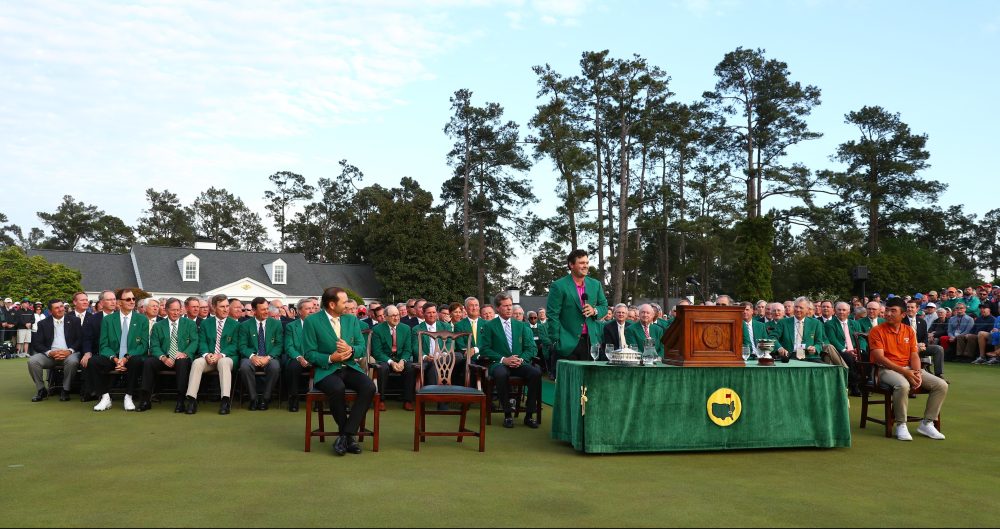