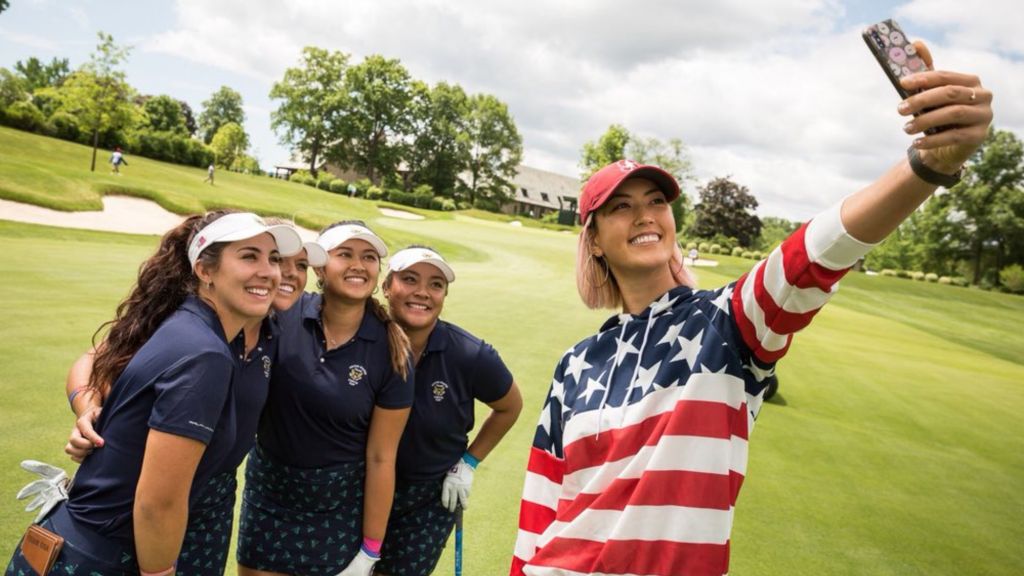 Michelle Wie dropped in on the early festivities at the Curtis Cup Wednesday, wearing a Stars and Stripes hoodie and a big ol’ smile out to Quaker Ridge Golf Club in Scarsdale, N.Y. She huddled with Team USA for lunch and a rousing “I believe that we will win” chant. Wie was a mere 14 when she competed in the 2004 Curtis Cup, where roughly 15,500 supporters lined the fairways of Formby Golf Club over the course of two days in a town just north of Liverpool. Three members of that 2014 Curtis Cup team went on to win U.S. Women’s Opens – Paula Creamer, Brittany Lang and Wie. On Thursday, Juli Inkster will be the surprise featured guest. Inkster, of course, is scheduled to work in the booth for Fox