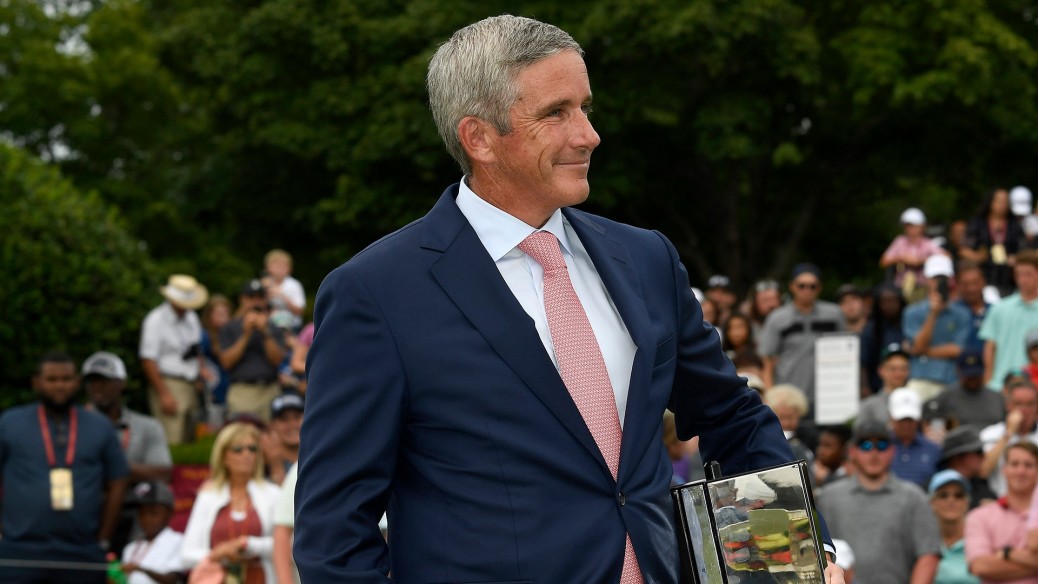 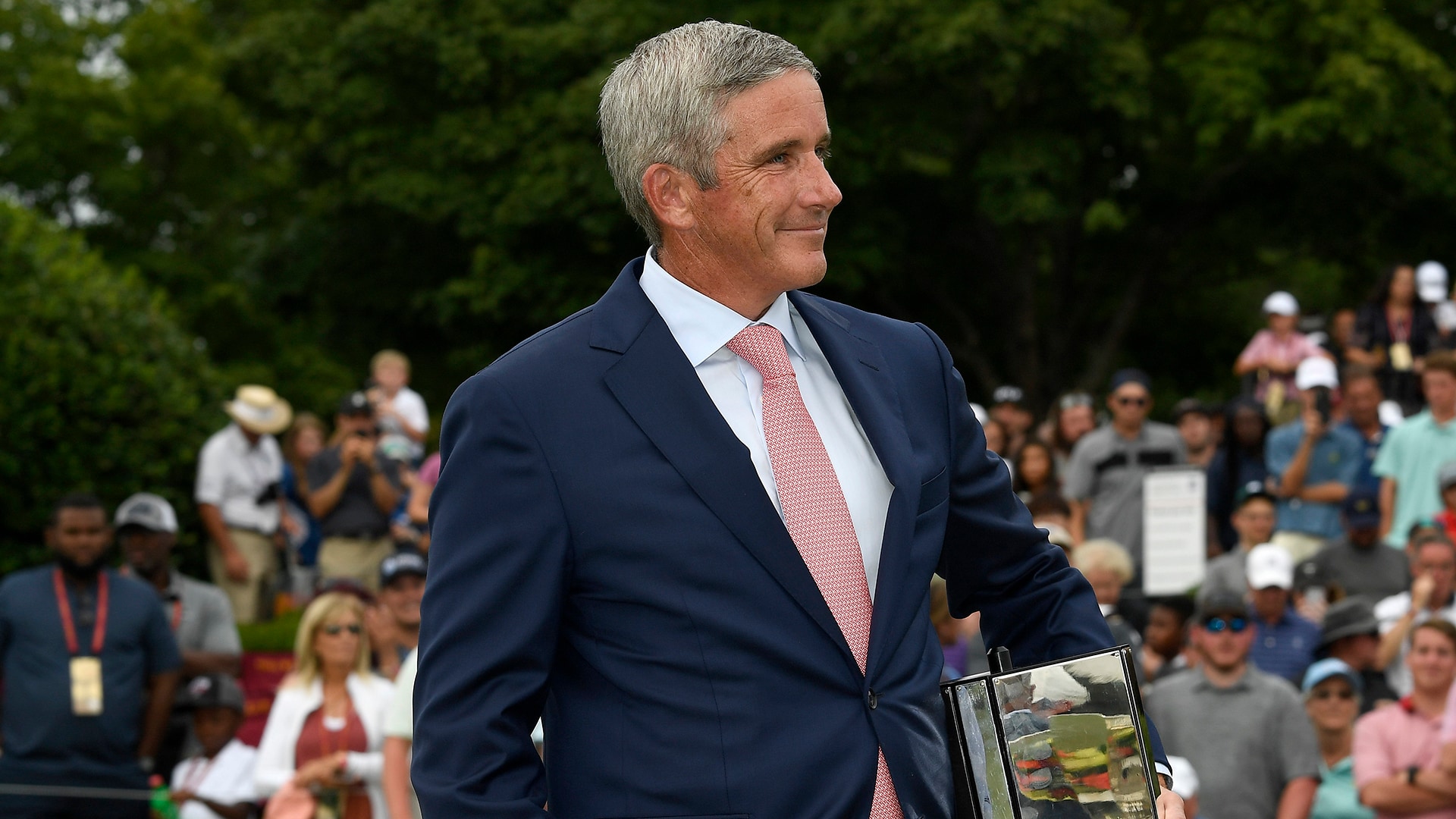 During his annual media briefing at Kapalua on Sunday morning, PGA Tour commissioner Jay Monahan was asked a variety of questions during a 45-minute Q&A session with a small group of reporters. The topics included slow play, gambling and more, including one question about Patrick Reed.

Reed has faced severe scrutiny after the much-maligned player received a two-shot penalty for improving his lie last month at the Hero World Challenge. While Reed maintained that he did not intentionally brush sand back from behind his ball twice during his third round in the Bahamas, many golf fans felt Reed should’ve received a harsher penalty.

When asked whether Reed deserved further disciplinary action for what unfolded in the Bahamas, Monahan said he felt the punishment was fitting while siding with Reed.

“Golf is a game of honor and integrity, and you’ve heard from Patrick,” Monahan said. “I’ve had an opportunity to talk to Patrick at length, and I believe Patrick when he says that [he] did not intentionally improve [his] lie. And so you go back to that moment, and the conversation that he had with [rules official] Slugger [White], and the fact that a violation was applied and he agreed to it, and they signed his card and he moved on.

“To me, that was the end of the matter.”

‘Cheater!’ Reed heckled by fan at TOC; Will it end?

Only it hasn’t been for some golf fans. Reed was heckled considerably at the Presidents Cup in Australia and again at last week’s Sentry Tournament of Champions. As Reed missed a birdie putt on the third playoff hole Sunday evening at Kapalua, a spectator could be heard screaming, “Cheater!”

Reed, who lost to Justin Thomas in the playoff, did not comment on the situation afterward.