Just get in. Doesn’t matter how.

One week after Alex Cejka won the Regions Tradition after getting in the field as an alternate, Dicky Pride won on the senior circuit as a Monday qualifier, claiming the Mitsubishi Electric Classic at TPC Sugarloaf in Georgia on Sunday.

And he did it in runaway fashion.

Pride took his first outright lead with a birdie on the par-3 8th hole to get to 9 under. Doug Barron made things interesting after he eagled the 10th and birdied the 12th to tie things up. But on the 13th, Pride reclaimed the solo lead with a birdie and a few moments after that, Barron doubled the 15th, giving Pride a three-shot lead with five holes to go and he cruised home from there.

Pride, 51, opened the week as one of four Monday qualifiers making the field, but qualifying actually took place on Tuesday. Then on Friday, Pride opened the tournament with a 71 and then followed with back-to-back 67s to win by three shots.

Moments after putting out for the win, Pride turned to the fans in attendance and yelled out “Let’s go!” 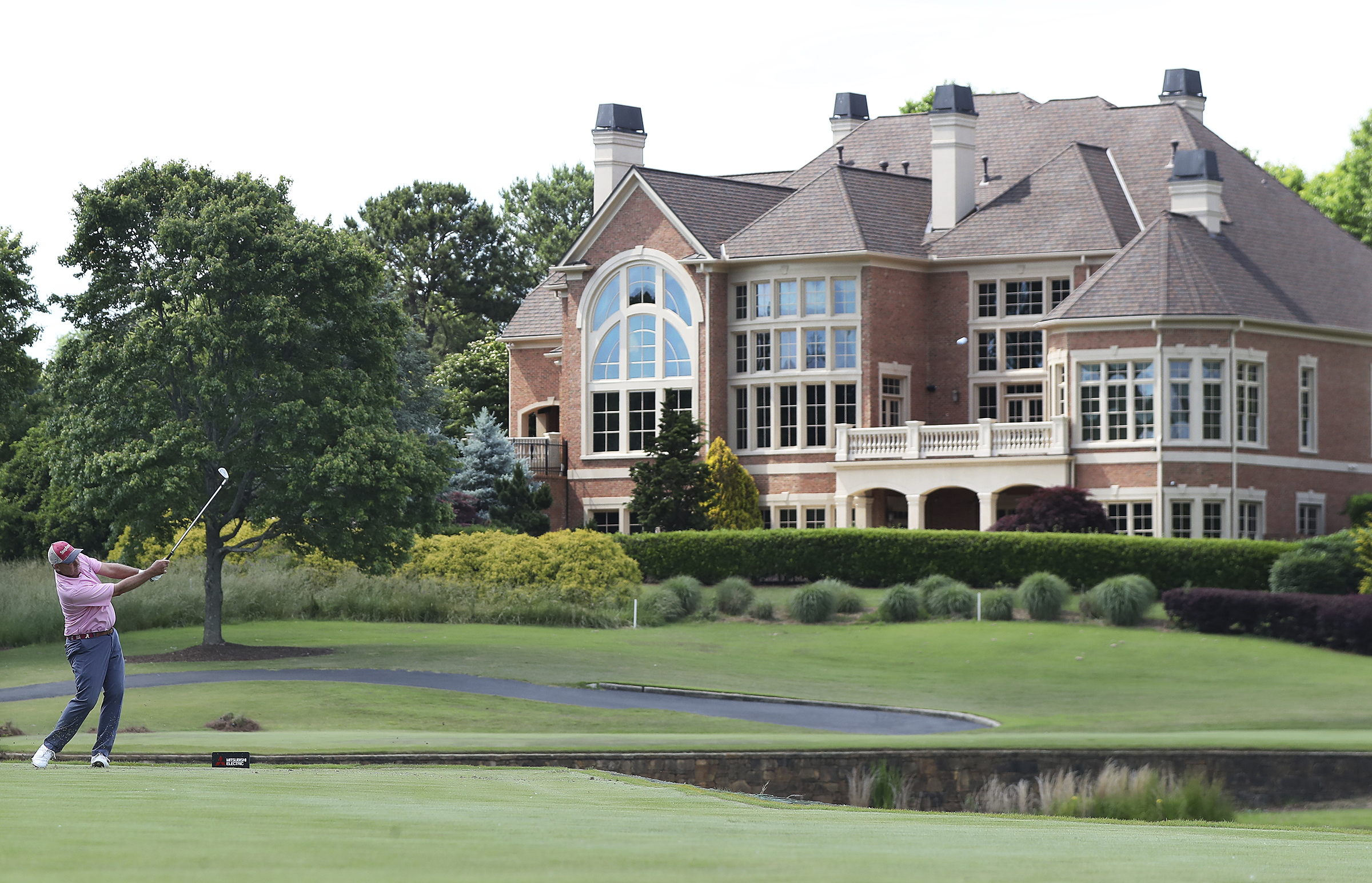 Dicky Pride tees off on the 11th hole during the final round of the PGA Tour Champions’ Mitsubishi Electric Classic golf tournament at TPC Sugarloaf on Sunday, May 16, 2021, in Duluth, Georgia. (Curtis Compton/Atlanta Journal-Constitution via AP)

It’s his first Champions title in 11 tries and he’s now won a tournament on three different PGA Tour circuits. He won the 1994 Federal Express St. Jude Classic in a playoff on the PGA Tour. Six years ago, he won the 2015 Portland Open on the Korn Ferry Tour.

“I’ve now won on all three tours, which is something I’ve always wanted to do,” he told Golf Channel after his win.

First-round leader Stephen Ames and second-round leader Paul Goydos joined Kirk Triplett in a three-way tie for second. It’s Triplett’s best finish since winning the Pure Insurance Championship in September of 2019. Barron was among three golfers to tie for fifth, along with Billy Andrade and Brett Quigley.

The second PGA Tour Champions major of 2021 is in two weeks at the KitchenAid Senior PGA Championship at Southern Hills Country Club in Tulsa, Oklahoma.

Hey Jordan Spieth, think you won't play on the PGA Tour Champions? 'Yeah, you will. Everybody does.'