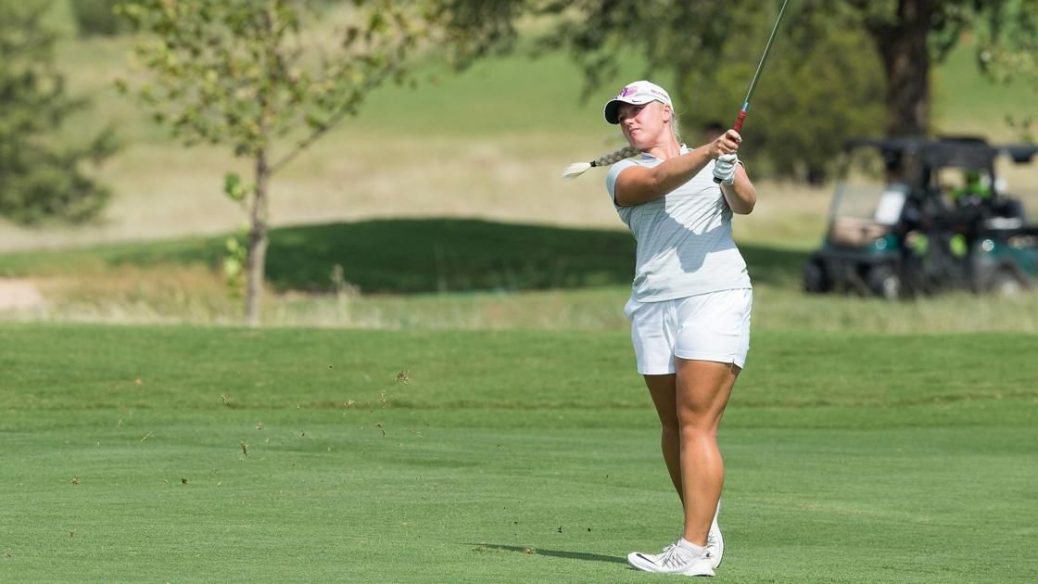 Oklahoma sophomore Kaitlin Milligan finished the first round of the NCAA Championships on Friday tied for 81st after shooting an 81 (+8) at The Blessings Golf Club in Fayetteville, Arkansas. Milligan started the round three shots over par through nine holes after a birdie on her eighth hole of the day. The sophomore began to struggle after making the turn, dropping four-straight bogeys including a double bogey on hole No. 2 — a 527-yard par 5. Despite the rough start to the second half of the round, Milligan was even through the remaining five holes and was able to keep herself in a position to climb the leaderboard in the next two rounds. With only four golfers under par, Milligan still has