KIAWAH ISLAND, S.C. – On Tuesday, Brooks Koepka was asked about the timeline surgeons gave him to recover from a March procedure on his right knee. “Like 100 percent? We’re talking probably another six months,” he said.

“Ahead of that,” he replied.

About six months ahead, based on his performance Thursday in the first round of the PGA Championship. The two-time former champion toured Kiawah Island’s Ocean Course in 69 shots to grab a share of the early lead.

It was the Minor Koepka of the last few months who began his round on the 10th hole — carding an ugly double-bogey — but it was the more familiar Major Koepka who took over, adding six birdies to yet again position himself atop the leaderboard in one of golf’s four more important championships.

PGA CHAMPIONSHIP: Leaderboard | How to watch

After winning the Waste Management Phoenix Open and finishing second at the WGC-Workday Championship in February, Koepka had to withdraw from the Players Championship with his knee injury. Despite that lengthy surgeon’s timeframe, he returned just weeks later at the Masters, where he missed the cut. A month after that — three weeks of which he didn’t touch a club while having daily rehab — he played the AT&T Byron Nelson in Texas, where he also missed the cut.

Yet on Thursday Koepka dismissed that disappointing stretch with the cocky insouciance of a man who considers himself built for major championships that matter. “I felt like I already had confidence. In my mind, it’s just a major week,” he said. “Just show up. That’s all you’ve got to do.”

Over the last four years, Koepka has shown up for majors more reliably than any of golf’s elite players. He’s won four of them since 2017, including the PGA Championship in 2018 and 2019. But a series of speed-bumps—knee, hip and neck ailments, plus a split with his longtime coach Claude Harmon III—have slowed his charge more recently. His opening 69 is the first time he has put himself into the frame in a major since last summer’s PGA Championship in San Francisco, a spell in which he missed the U.S. Open due to injury and failed to factor in two Masters.

Koepka’s 69 was not owed to accuracy off the tee. He found only 5 of 14 fairways in blustery conditions on the Ocean Course but hit 13 of 18 greens, good enough to rank 1st in Strokes Gained Approach as the afternoon wave began. The former world No. 1 clipped his two playing partners by six strokes—both Rory McIlroy and Justin Thomas shot 75—but he admitted that his errant driver needs to improve if he is to win a fifth major title.

“I’ve got to figure it out because if I don’t figure it out, I won’t be there Sunday or have a chance,” he said. After his round, Koepka went back to the practice range to work with his swing instructor Pete Cowen.

The winds raking across this South Carolina barrier island made for tricky playing conditions Thursday and the first round scoring average when Koepka signed his card was 74.54. The forecast is similar for the remainder of the week, which suits the 31-year-old Floridian just fine.

“I love it when it’s difficult. I think that’s why I do so well in the majors,” he said. “I just know mentally I can grind it out. You’ve just got to accept it and move on.”

Koepka’s name on a major leaderboard gets noticed about as quickly as a shark in a swimming pool, his presence registered by everyone in the vicinity. Asked if he felt he had arrived at Kiawah Island flying under the radar, Koepka insisted he was just focused on his knee rehab and nothing else.

“I haven’t paid attention,” he said of the tournament chatter.

Perhaps he hasn’t, but he surely knows everyone else in the field is paying attention to him now.

Photos: The best and worst outfits (including Brooks Koepka’s hat) at the PGA Championship 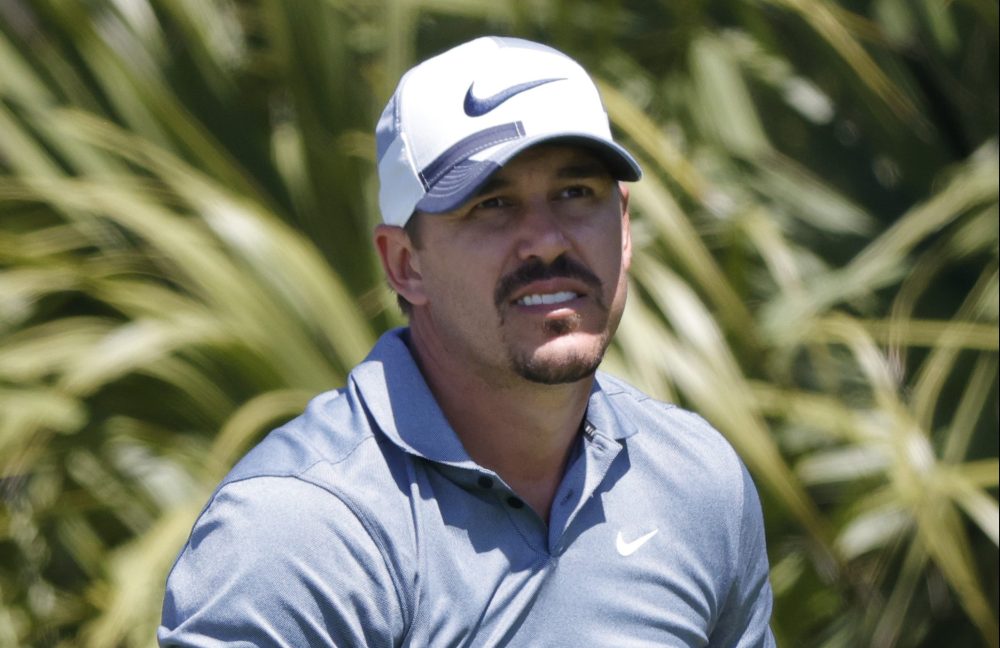