When Rickie Fowler takes his practice at home to another level, he goes and finds another golfer.

Guy who used to wear No. 23. Has six NBA championship rings. His name and image on the most famous sneakers in the world.

Yes, that guy. One Michael Jordan.

“Playing against M.J. is as good as it gets to prep,” Fowler said Thursday after shooting a 1-under-par 71 in the first round of the PGA Championship.

That’s because the NBA icon pushes his opponents mentally, physically – and financially. And as Fowler said, he’s never quiet. Plays fast, too, and you better keep up. And his home course advantage – The Grove XXIII, the south Florida course Jordan owns – is another complication to deal with.

“I think not having to hand out any money to M.J. has been probably the bigger wins because of how Grove sets up for him, where he’s able to press,” Fowler said of his historical record of money games. “If I’m able to win the original match and not have him flip the original match because of the press or multiple presses, if I don’t lose money to him, that’s actually a win.”

“He’s good,” Fowler said. “A lot of the guys in the shop, there’s side bets and stuff, typically his over/under number is 77.”

Fowler has fallen to His Airness many times and he brought up one particular match. 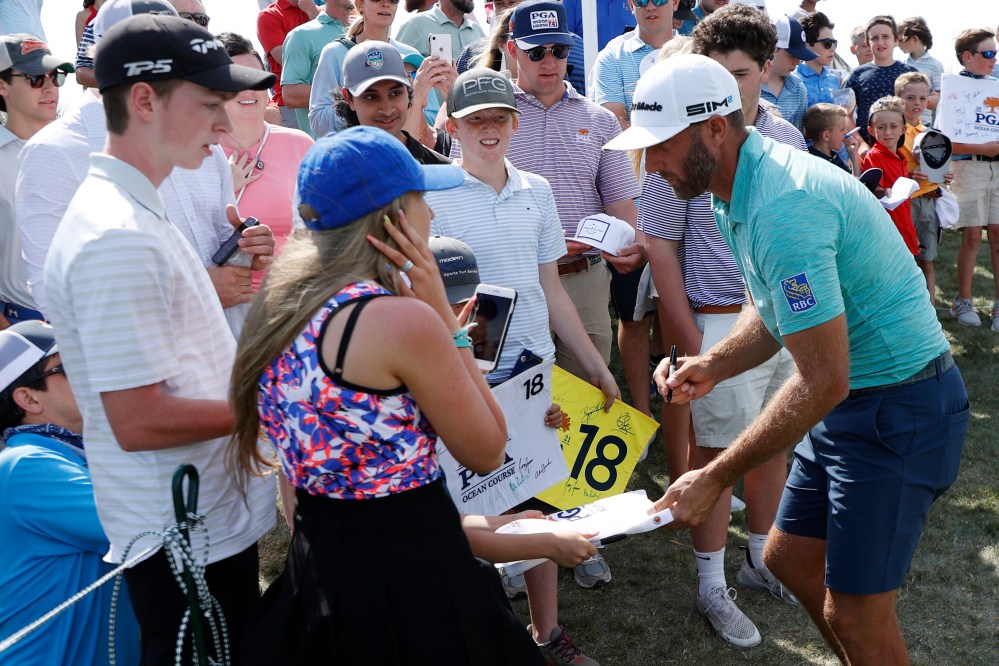