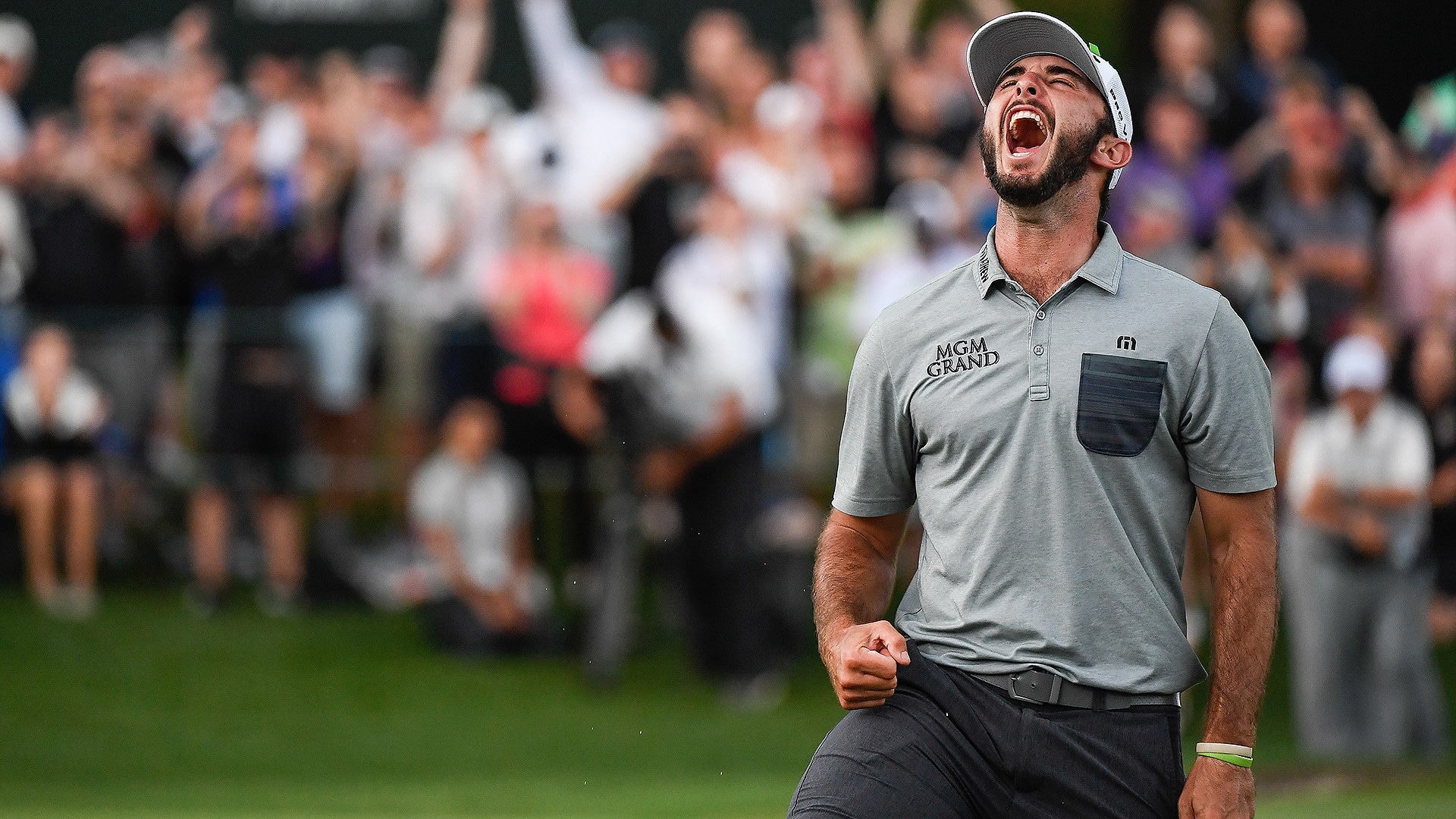 Max Homa went into the Wells Fargo Championship hoping to qualify for the Colonial and Memorial events, not for the first major appearance of his career.

Homa will be at Bethpage next week in the PGA Championship, along with seven other first-time winners on the PGA Tour’s 2018-19 season. This will be Homa’s first trip back to the New York area since the 2013 Walker Cup at National Golf Links. “It’s sort of sweet,” he said. “I can’t wait.”

Neither can fellow first-time winners Cameron Champ, Kevin Tway, Adam Long, Martin Trainer, Keith Mitchell, Corey Conners and C.T. Pan. All of them are feel-good stories, all of them now belonging to the same Tour-winner fraternity that includes players far more familiar to the public than themselves.

“I doubt a lot of people knew who I was until this past weekend,” Homa said.

Maybe not “a lot,” but certainly some significant names were aware of Homa. For the first 24 hours following his win, there was no stopping the text messages and the calls, from Green Bay Packers quarterback Aaron Rodgers, from Golden State Warriors forward Andre Iguodala, from PGA Tour commissioner Jay Monahan. “I appreciate everybody reaching out. It’s been a blast,” Homa said from his home in Scottsdale, Arizona, admitting, “I’m a little bit startled by it.”

Once at rock bottom, Homa emphatically trades shovel for trophy

Known more for his tweets than his birdies, Homa hardly looked startled on the back nine Sunday at Quail Hollow. It was like he was playing for Cal-Berkeley again, the clock set back to 2013. Homa was vibing like a multi-winner and people were appreciating it.

“I just called him to congratulate him, tell him how impressive it was to watch him seize the tournament, fight through the years,” Monahan said in a text, “How exciting the road ahead is and just wanted to make certain he had a chance to watch ‘Game of Thrones.’”

The “Game of Thrones” reference the commissioner made was in reference to a Homa tweet about missing the popular show in lieu of the post-victory whirlwind that lasted through Monday night, when Homa had a chance to catch up with college coach Steve Desimone.

The hardship of missing 15 of 17 cuts in a single season, or making more money playing pro-ams than from tournament purses, as Homa did early in his career, doesn’t come close to the scare Desimone faced in multiple myeloma, when he retired in May 2016. Now in remission for three years, Desimone talked about how far Homa’s come since his days at Berkeley – after UCLA passed him over – how his attitude could have been better during their years together, how it all seemed worth it on Sunday night. “There’s two parts,” Desimone said of the bond. “There’s life and there’s your profession.”

With Homa closing in on his first Tour win, Desimone kept flashing back to Homa’s course-record 61 that he posted in the 2013 Pac-10s at LA North. That 2013 Cal-Berkeley team was one of the best, if not the best in NCAA men’s history – though it didn’t win the national title. “It’s fun reflecting on that team, How far we’ve all come,” Homa concluded. “How that’s not a guarantee for a great career.”

Two years ago, Homa was carrying his own bag in second stage of Web.com Q-School. Now, at 28 years old, he’s a PGA Tour winner with his future in focus. A future that now includes a maiden major start at the PGA Championship.