Second round at RBC Heritage halted as storms approach

Home Second round at RBC Heritage halted as storms approach 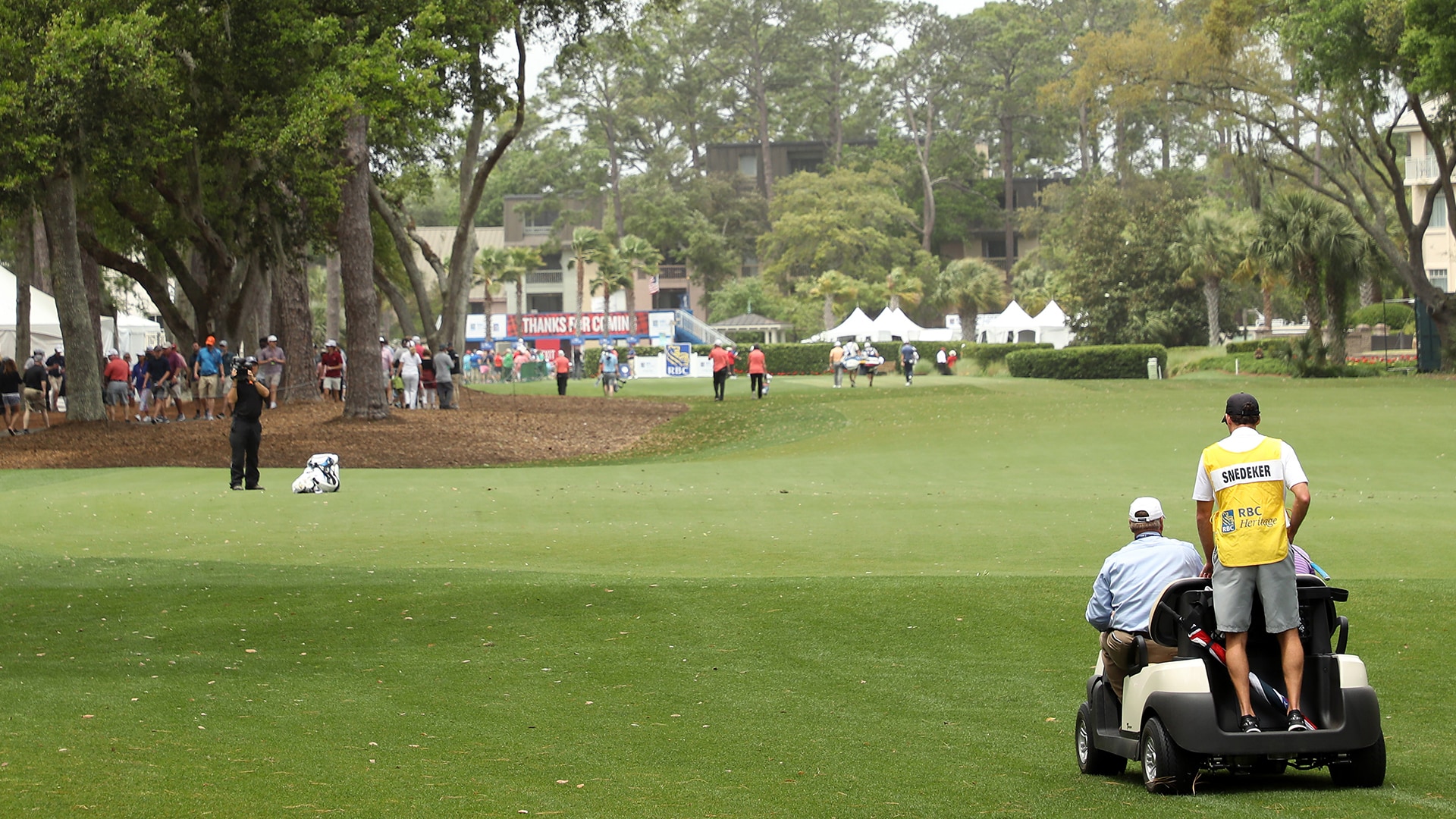 HILTON HEAD ISLAND, S.C. – The RBC Heritage has suspended play Friday because of strong winds and approaching storms that have caused problems elsewhere in the southeast.

Officials halted things shortly before 1 p.m. as winds rattled flagsticks on greens as competitors and patrons scrambled to find shelter.

First-round leader Shane Lowry had started his second round with two birdies before the horn sounded. He was 8 under and a stroke in front of world No. 1 Dustin Johnson and Emiliano Grillo, whose round included a two on the par-5 fifth hole.

Full-field scores from the RBC Heritage

Both Johnson and Grillo completed their rounds and both finished with 67s.

Grillo holed out from 254 yards for the second albatross at Harbour Town Golf Links since 2007.