Should Gary Woodland take some time off? He's thinking about it.

Home Should Gary Woodland take some time off? He's thinking about it.

PALM HARBOR — Gary Woodland believed he had finally healed. He thought the torn labrum in his left hip repaired itself. He was pain-free and enjoying golf again.

That was early this year after a difficult, frustrating 2020. But the discomfort returned and Woodland, the 2019 U.S. Open champion from Delray Beach, has now missed four cuts in his last seven starts, including this week after a 77 on the first day of the Valspar Championship.

The next step could be taking time off, something he says he probably should have done last fall.

“That’s the next option,” Woodland said following his even-par 71 Friday, which left him at 6-over for the first two rounds. “As long as I’m not in pain, like I am right now, I think I can figure it out. 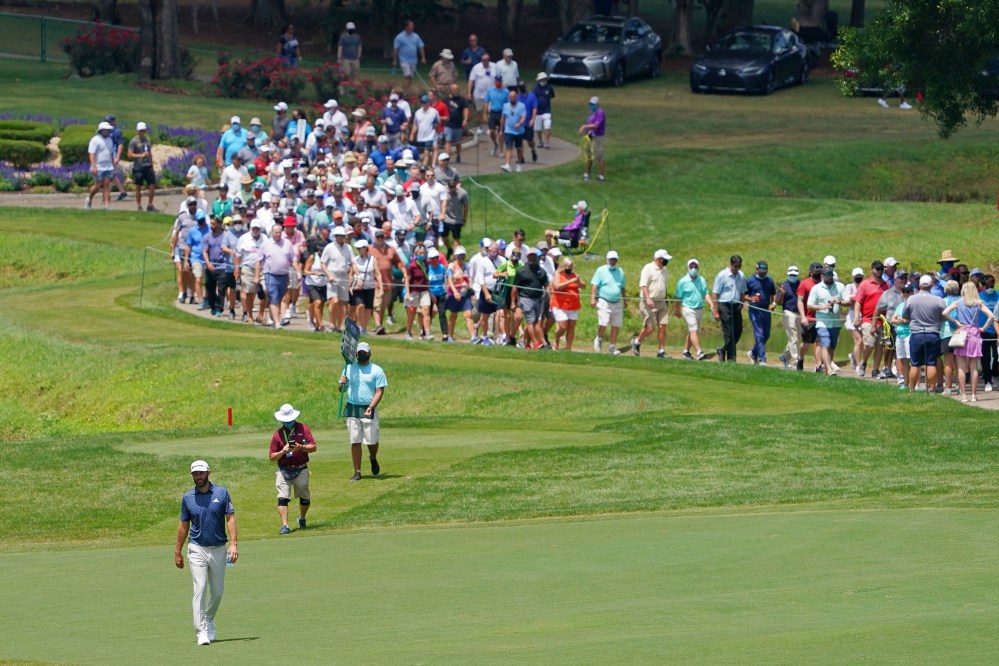 “If it continues down the path we’re going, that’s the next step.”

Woodland, 36, was taking four cortisone ejections just to finish last season. After missing consecutive cuts at the Masters in November and the Mayakoba Golf Classic a month later, he did rest for about seven weeks and felt good when he returned.

Now, he is questioning his decision not to have something done last year, but part of that reluctance was to make sure he could defend his U.S. Open title in September. Woodland, though, missed the cut at Winged Foot.

“Last year, I was just trying to play, it wasn’t really about golf,” he said. “That’s when I should have stopped. I should have gotten it fixed last year.

“I got into some bad habits trying to play through pain and that’s tough to get out of.”

Woodland’s world ranking has dropped to No. 57 from 17th last summer.

Although not 100 percent in February and March, he was feeling better until it worsened at the Masters. Woodland also had to deal with a positive COVID-19 test that forced him to withdraw from the Honda Classic in March.

“It’s just something new each week,” Woodland said. “I’ve been feeling pretty good and it flared up a little bit at Augusta. It’s been a little frustrating but something I’m learning (to play) with.”

Woodland will test his body in the next month. He plans to play at the Wells Fargo Championship in Charlotte next week before resting a week. He’s then scheduled to play three consecutive weeks beginning with the PGA Championship at Kiawah Island … if his health allows.