There were no patrons at the 2020 Masters Tournament, although Bernhard Langer occasionally felt like a spectator.

The 63-year-old played the weekend in groupings that included Rory McIlroy and Bryson DeChambeau, and admitted to watching “in awe” of the two bombers. Langer finished the Masters at 3-under par.

“Every once in a while I had to tell myself, ‘Stop watching and play your game. Focus on what you want to do,’” Langer said. “I got to experience the longest guys in the world right now, and it’s quite amazing.”

Bryson three-putted No. 3 for par, and Langer matched that score.

“If I can make a few putts, I know I can shoot somewhere around par or even under,” Langer said. “That’s usually good enough to hang in there. If my putter goes bad, then I’m struggling.” 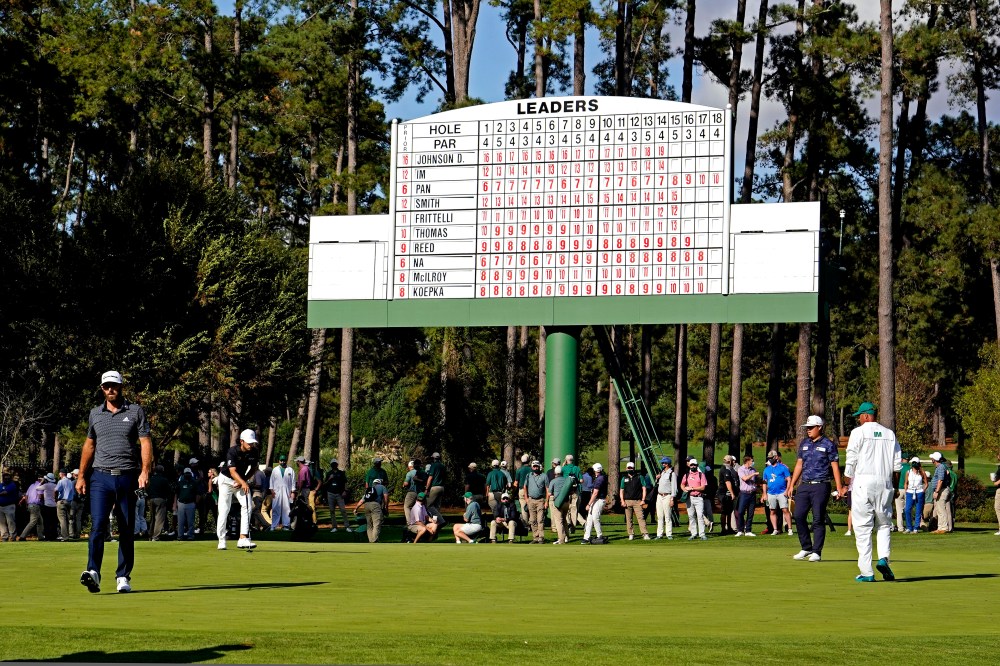 Langer made history this November, surpassing Tommy Aaron as the oldest player to make the cut at the Masters. The two-time champion here has played the weekend in six of his last eight trips to Augusta National.

“I think I have a few more in there,” Langer said. “You never know. I know how to play this golf course and I have to play my angles and rely on my short game. With me it’s really all the putter.”

Langer opened this week with 68, his first round in the 60s since the final round of 2014. DeChambeau praised his playing partner and admitted to admiring the 63-year-old.

“Even though I’m bombing it by him, he’s still playing better than me,” DeChambeau said. “That’s the cool part about the game of golf. You can shoot a score whatever way you want, and he’s able to do it still at his age.”

DeChambeau added: “He’s an unbelievable iron player. He grinds over everything.”

The tour’s longest hitter, who led the field this week at 324.4 yards per drive, battled a mysterious illness that often left him dizzy on the course. The symptoms started Thursday night, he said, and didn’t go away the rest of the tournament. He even took a COVID-19 test during the tournament, which came back negative.

“I’ve got to fix whatever is going on up here,” he said, pointing to his head. “I have no idea. Just dizziness. It’s only when I go from down to up, so I can’t even like think and talk right now. But that’s just what happens, I go down and up and my brain gets all disoriented. I’ve got to fix that, and once I fix it I’ll be even better than now, and when something arising in the future, I’ll just keep trying to fix it.”

He said dizziness was better than it was on Friday, when he shot 74, but it never totally went away.

“But still, it’s tough. I’m hydrated, everything is fine,” he said. “It’s just about orientation. There was numerous times where I was over it and I just felt super uncomfortable. I couldn’t see anything. I couldn’t see the line. It was really weird. I missed a lot of putts (he had 29 putts) today.”

It left him feeling “60 percent” healthy and put a damper on chances of winning a second major in a row.

“Absolutely,” he said when asked about a missed chance to win the Masters, where his best finish had been a tie for 21st as an amateur in 2016.

“At the beginning of the week I felt like I could have a great chance to win the tournament if I just played my game,” he said. “Shoot, I made enough birdies this week and eagles to have a chance to win. There’s no doubt about that. I made way too many mistakes that I’ve got to talk about with my caddie and go, hey, how do we not make these mistakes anymore, how can we work better as a team to have that not happen.”

There was a highlight on Sunday for DeChambeau. On the par-5 13th hole, his 9-iron second shot – which would have been for double eagle had it gone in – just slipped past the hole. He tapped him for eagle.

“I thought it was (going in),” DeChambeau said. “I was so excited to hopefully get some of that crystal, but I was just happy I made eagle because I missed a five-footer on 8 the other day for eagle and that was a little frustrating, but at least I got something out of the week.”

DeChambeau said he won’t play again until the Tournament of Champions, which starts Jan. 7.